A number of Supreme Court orders have been blatantly violated by various sections of society. Whether it was Raj Thackeray openly defying the apex court's order not to include minors in the Dahi Handi festival, Delhi's residents burning crackers despite a ban, or citizens smoking in public places, the virus of court violations is not only making a mockery of the judiciary, it is also setting a dangerous precedent for the future. Kundan Pandey speaks to a range of experts to understand the growing malaise 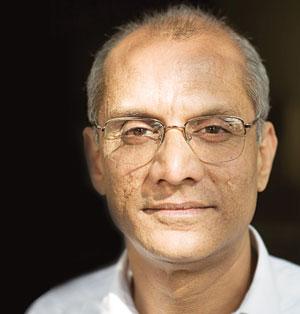 "It is not about culture, but about human lives that are harmed by such practices and traditions"

If you look at jallikattu, the Supreme Court has taken a very strong decision, though certain parties were trying to influence the court through collective protests. It did not work.
As far as the ban on firecrackers in NCR is concerned, it should be enforced by the authorities, but I think the regulators are scared of the public. These things are not about culture, but about the human lives that are harmed by such practices and traditions. That’s why the government should play the role of an honest regulator.
People who think they can get away by collectively disobeying court orders may get a surprise one day. The Supreme Court is a tough institution and is capable of taking hard decisions.

But the role of governments is questionable in these episodes. In fact, the government is the main player disobeying court orders. In case of jallikattu, the Tamil Nadu and the Central governments were main culprits who fuelled the protests. We must remember that there is no conflict between culture and the law of the land. Inflicting pain on bulls is not culture. Indian culture is not about bulls. Educated people should not use the term “culture” in this context.
Protesting against Supreme Court orders collectively is disobedience, which is worse than individual disobedience. 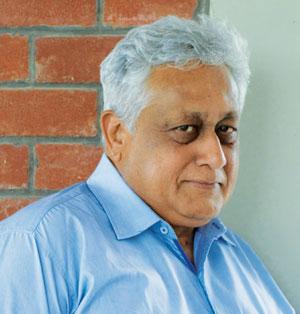 The recent jallikattu debate is not one event; it has to be seen as a theatre of multiple representations. The same label has different connotations, meanings and memories. For a long time, while the issue festered in courts and bureaucracy, jallikattu was defined technically and officially. It was considered a blood sport, similar to bullfights. It was judged as an act of cruelty to animals. The problem was one of regulation or banning. It was a question of law and promised to become a law and order problem. The second interpretation of jallikattu was political. It was seen as a catchment area for OBC politics, a statement of identity politics. Such a political line was pursued by the DMK which saw a vote bank bonanza in the controversy. For over a decade, this controversy lingered between these two interpretations.
The drama of protests at Marina Beach in Chennai changed this definition of the issue in a dramatic way. As a piece of theatre, it ambushed current perceptions and interpretations, calling for a rereading of jallikattu. At one level, it began as a student protest, and students were clear that they did not require the involvement of professional politicians. In fact, when the DMK’s working president, M K Stalin, who proceeded enthusiastically to Marina—hoping to be welcomed like a prophet—was politely told to stay away. The media added that many students on protest had never seen jallikattu, except on Facebook. So one was forced to ask what the protest was all about. One sensed something new as Chennai acquired a sense of effervescence and as people like Viswanathan Anand, the chess grandmaster, Jaggi Vasudev, the spiritual guru, and musician A R Rahman offered their support.

From a frozen text, jallikattu became a series of protests for new readings and interpretations. Firstly, local scholars pointed out that equating jallikattu to a bullfight was an etic (outsider’s) reading of the sport. Jallikattu was more a ritual, a rite of passage for boys in an agricultural society to prove their manhood. Secondly, jallikattu, in its original form, was not a cruel sport, but an equal contest between man and animal. The sense of the Roman circus came later as the sport was commercialised and a crowd was pitted against an animal. Cruelty was a later addendum in society, which had an almost totemic relation to the bull. In fact, a special variant of the animal was bred, providing a sense of diversity. Jaggi Vasudev put it both bluntly and wisely when he claimed that society needed a test of manhood, adding acerbically that one could hardly obtain it on Facebook.

For the urban Tamilan, jallikattu moved from the exotic to the everyday. It was not nostalgia, but their way of saying “do not determine our world for us. Allow us the right of interpretation”. This exploded further when people felt that Narendra Modi and the North and the regime in Delhi had no sense of jallikattu. Delhi was almost Orientalist in its definition. Urban Chennai was saying that jallikattu—whether as a mnemonic, a nostalgia or a way of life—needed local interpretations, rather than alien bureaucratic assessments. The jallikattu protest also became a way of saying that Chennai wanted to refresh its politics, looking at new possibilities after the death of former chief minister, J Jayalalithaa. An interpretative battle became a site for new Rorschach tests in culture and politics. In fact, the debate on jallikattu almost acquires the status of a fable, telling media, politicians and the bureaucracy that definitions do not define; people have their own way of creating meanings around an event. Shrewd politicians and cultural theorists need to understand the message this sends. 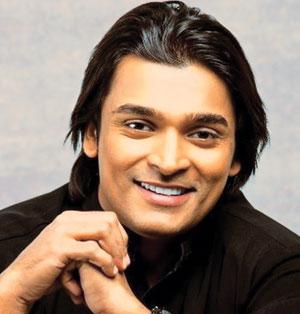 "Courts should be sensitive to culture"

Whether it is an elephant in a temple, a bull in jallikattu or a buffalo in Kambala, we believe we have the right to use animals in a healthy, proper and scientific way. However, we also concede that some mistakes have taken place in the past because these poor farmers are not scientifically equipped to deal with such things. I have spoken to several people in Chennai and wholeheartedly support their concern. They are not blind to the fact that some mistakes have happened in past—people pulling the tail of bulls, spraying chilli powder or feeding alcohol so that the bull gets excited.

But I believe that these mistakes can be rectified and corrections can be made. My only humble submission is that please give us an opportunity to correct these mistakes. Because a blanket ban is totally unfair; because practices such as jallikattu are part of our cultural ecosystem; and, it will have financial space and cultural ramifications as well. Yes, we completely respect the rights of animal rights activists, and all animal lovers must come together and give us the opportunity to rectify our mistakes. For instance, there was a tragedy at a temple in Kollam last year, where 106 people lost their lives, due to the indiscriminate bursting of fire crackers. Since then we have tried to control these events and have put more safeguards in place.

As far as street protests are concerned, there are two things. Some people are hot-headed and might do something which may violate the Supreme Court’s order. But they don’t have any intention to insult the highest court of the country. We have the highest of respect. Having said this, our humble request is that the courts should be more culturally sensitive. They can regulate to any extent, but should not impose blanket bans. Some people are violating rules and we will surely discourage them from doing so. But, we will also request judges to be a bit more sensitive towards us. 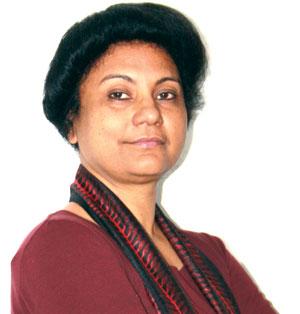 Although Firecrackers are a cultural norm in our multi-cultural society, their fumes and sounds hurt and harm all people. Responding to the petition from two toddlers seeking relief from misery and ill-health from dirty air in one of the most polluted cities, the Supreme Court banned firecrackers in Delhi-NCR on November 25, 2016. But the winter that followed the court order continued to be filled with smog created by the fumes from fireworks during festivities and weddings, mocking enforcement. The enforcers pleaded helplessness against the general will.

Can command and control work against the tradition; can it contest culturally defined values ingrained in majoritarian view? Should the State or law remain neutral and non-intrusive in cultural spaces? How much harm should society accept if the practice is against the common good? These questions are stoking public debate today.

Legally speaking, Constitutional provisions collectively cast a duty on the State to secure the health of the people, and protect and improve the environment. Individual choices and freedom will have to remain within this boundary, and not violate this overarching principle and value. But appeals from progressive and affected citizens based on this principle to ask the judiciary to uphold their rights, that may not be popular, face strong emotional sentiments and resistance. Therefore, law enforcers shy away, fearing serious political backlash.

There is growing tension between populism around tradition and progressive concerns around damage to larger welfare. It takes time for popular consensus to align with legal position. Even though science has established the potential harm and damage from the fireworks, social sanction for it takes time to change the commonly held beliefs and the moral attitude towards the practice.

It is true that festivity is not performed with the intention to harm, but if the consequences are damaging and if there is pre-knowledge of the harm, the practice will have to be judged by harmful consequences. No one can run away from that. But given the social sensitivity, this demands constant negotiation and engagement to build civil virtues. People will bring their religious and customary position to influence the public debate about what is right and just. While that slows down the process of controlling the harmful practices, it still opens up the opportunity to deepen awareness.

Let us not forget that even though a legal ban and the earlier court strictures on fireworks could not be fully implemented, they have still helped shape opinion and catalyse progressive changes. There are many more citizens today who are subscribing voluntarily to the idea of “no crackers”.

Court orders and legal sanction related to cultural norms and traditions may not immediately change and eliminate the practice, but it raises the red flag and sends a firm signal regarding what is not acceptable. The sphere of shared values is expanding. It is not right to underestimate the power of informal public engagement and debate that legal interventions trigger, especially as public health must conform to the Constitutional provision of Right to Life.

People, as they become aware, begin to champion public good, and make change happen. Public discourse is more widespread today to actively engage on the acceptability of harmful cultural practices like firecrackers. This has to work both ways—not only as top-down efforts of court orders and rule of law, but also as a bottom-up engagement to build commonly held sense of shared morality. Engagement and evidence-based conversation to convince must never stop. This healthy tension is inevitable in any environmental movement to protect welfare and rights.

This article was first published in the 16-28 February, 2017 issue of Down To Earth, under the headline "Courting Violation"