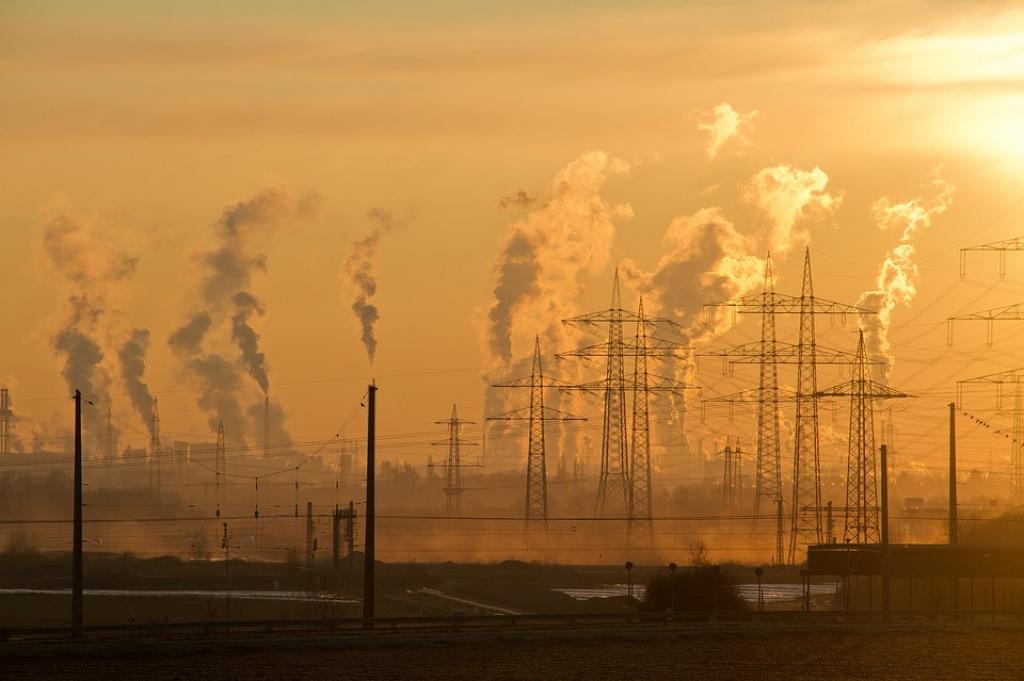 In a landmark ruling today the Supreme Court bench comprising Justice Madan B Lokur and Justice Deepak Gupta banned the use of dirty furnace oil and pet-coke in Haryana, Rajasthan and Uttar Pradesh from November 1, 2017. This ban is already in place in Delhi. The bench has further directed the Ministry of Environment and Forests and Climate Change (MOEFCC) to notify the standards for nitrogen oxide (NOx) and sulphur oxides (SOx) for the industry sector and the industry has to comply with the standards by December 31, 2017. In addition, the MOEFCC will have to pay a fine of Rs 200,000 to the Supreme Court. The Centre for Science and Environment (CSE) lauds this directive as a big win for Delhi and NCR as well as the rest of the country fighting a tough battle against toxic pollution.

This order has come in response to the findings and recommendations of the Environment Protection (Prevention and Control) Authority (EPCA) that has exposed widespread use of these fuels in industrial sectors of NCR and found very high sulphur levels in these fuels, ranging from over 20,000 PPM in furnace oil to over 64,000 PPM in pet-coke. Use of these fuels was banned in Delhi way back in 1996. Furnace oil and pet-coke are the dirtiest by-products and residual fraction from the refinery process.

Significance of the new directive

Eliminates dirtiest industrial fuels in Haryana, Rajasthan, Uttar Pradesh and mandates first ever stringent NOx and SOx standards for the industry sector nationwide: This momentous order eliminates in one stroke the use of dirtiest bottom of the barrel fuels from the industrial units of the neighbouring states of Uttar Pradesh, Haryan, and Rajasthan and makes all industrial units across the country liable for compliance with the new emissions standards by December 31, 2017.

This order will have nationwide impact as the entire industrial sector will have to comply with the new standards for SOx and NOx that are not regulated currently in India.

The intervention of the Supreme Court is very opportune and timely as the recently enforced GST has created huge incentive for these dirty fuels to thrive. Both these fuels are included in GST and are in the 18 per cent tax bracket. But the industries, which use these fuels for manufacturing, get a credit. The tax of 18 per cent is fully credited to industry. But for the cleaner option, natural gas, which is not included in GST, the VAT is as high as 26 per cent in Uttar Pradesh.

The incentive for dirty fuel is fanning and expanding the use of dirty fuels. Demand for pet-coke has increased to such an extent that last year India imported 14 million tonnes of pet-coke, which is more than the domestic production. If import and domestic production is added, then India has used more pet-coke than China, when its pollution was at its peak.

Today, China has stopped imports of pet-coke. But India has become a dumping ground of pet-coke from the US, which has banned its internal use because of pollution.

Implementation will have to be the priority now

All the concerned agencies will have to focus on implementation of the order. In fact, the EPCA had filed its first report on the matter in April 2017 asking for expansion of the ban on use of furnace oil and pet-coke, which was already in force in Delhi, to the rest of NCR. In the due process of hearing, the MoEF&CC made a plea saying that instead of ban, industries should be allowed to adhere to emission standards.

Harish Salve, senior advocate and Amicus Curiae, brought to the notice of the apex court that there are no emission standards for SOx and NOx for industries. In response, the Supreme Court, on May 2, 2017, directed that the SOx and NOx standards be issued by CPCB/MoEF&CC by June 2017. In July, the MoEF&CC sought time. But industries were put on notice that they would need to comply with standards by December 31, 2017.

Today, the MoEF&CC submitted to the Supreme Court the draft standard for emission standards for SOx and NOx, which was issued on October 23, 2017. The CPCB submitted affidavit saying that they had sent proposed standards to the MoEF&CC on June 27, 2017. For two industrial sectors, Nitric Acid and Fertilizer, proposed standards were sent in 2014. Clearly, the process of setting standards was caught in a time warp. The honourable judges of the Supreme Court were not amused by this inexplicable delay in setting standards for pollution control.

India has continued the use of these extremely polluting fuels without any regulation for too long. Any further delay in standards and implementation of the court order will make air pollution and health risk worse. Implementation of the directive from the Supreme Court today has to be the top agenda for pollution control and we must take act urgently.