Your early morning walk could be a risk to your health

Pollution monitoring shows green areas in Delhi have much higher PM2.5 levels than road intersections during the early hours 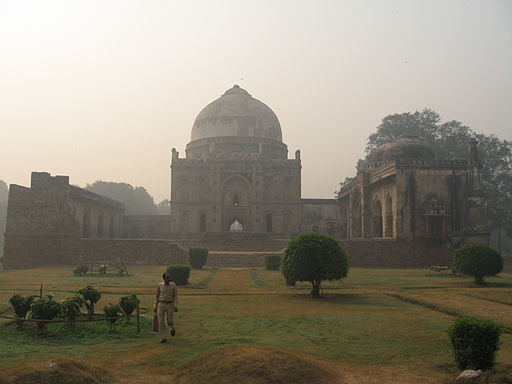 Winter mornings in Delhi are hardly the best time of the day. Every night, a large number of trucks pass through the city, spewing dirty diesel into the air. Add to that smoke from small fires lit by people for warmth and you end up with a massive build-up of pollutants in the atmosphere. Low temperatures and little or no wind leave even the greenest areas of the capital in the grip of deadly pollution.

The monitoring, conducted using portable air quality monitoring equipment, revealed that while PM2.5 levels were alarmingly high in both parks and at road intersections, green areas had much higher PM2.5 levels than road crossings. 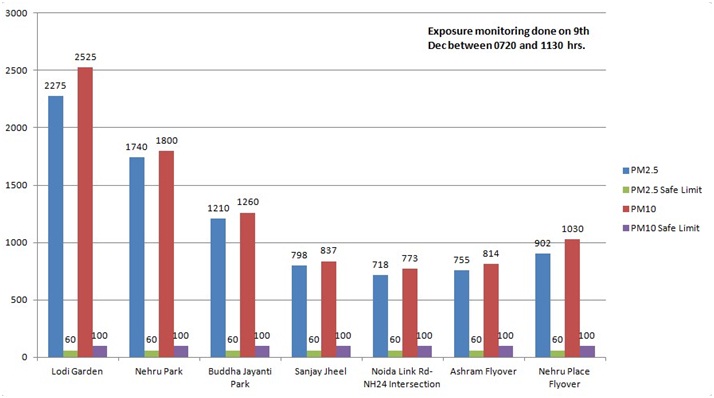 This trend can be explained by several factors. Firstly, there is a difference in the moisture levels of parks and intersections. Green spaces tend to have a higher accumulation of moisture in the form of dew and humidity, which traps the pollutants close to the ground and contributes to higher PM2.5 concentrations. Secondly, open areas such as arterial roads and spaces near them are windier and see the dispersal of pollutants due to a constant movement of vehicular traffic and high turbulence. In comparison, green spaces see less dispersal of pollutants and act as sinks where the particulate matter tends to settle down and accumulate.

These pollution levels could put the health of people, especially children and the elderly, at risk. While many people exercise in public parks in the morning, children and adults are exposed to accumulated pollutants on their way to school and workplaces respectively.