An ardent activist passes away 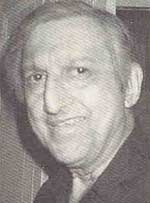 With the demise of Sunil K Roy, often described as "a soldier, diplomat, administrator and environmentalist, all in one", environment has lost one of its best friends. Starting his career in the army and later, the foreign service, Roy was appointed director general of tourism by former prime minister Indira Gandhi in the early 1970s, initiating a life-long devotion to the environment.

At a time when wildlife protection and management were barely debated issues, Roy realised that unbridled tourism could pose a threat to protected areas and sanctuaries. He chaired the committee for national parks and sanctuaries and tourism, whose 1988 report was hailed as a landmark report in forest conservation and management. Unfortunately, only a handful of the recommendations made in the report were implemented by the government. "During the last three years, Roy was very much incensed with the slothfulness of government officials in implementing these reforms," said Mahendra Vyas, one of the members of the committee.