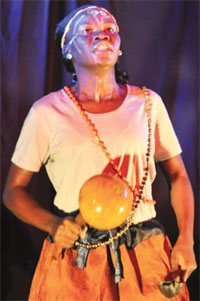 A British theatre producer who staged a play about homosexuality in Uganda has been jailed after he defied an official ban on its public performance. David Cecil faces criminal charges that could lead to a two-year prison sentence in the East African country.

In August, performances of The River and The Mountain were cancelled at the National Theatre in Kampala, with Uganda’s Media Council ordering the censors to review the script. But Cecil, who has lived in Uganda for three years, agreed to stage the comedy drama.

The play explores the story of a gay businessman who faces violent reactions from his family and colleagues after he admits his sexual leanings.

Simon Likodo, Uganda’s ethics and integrity minister, said, “We are determined to leave no stone unturned to ensure these people do not spread their bad culture here.”