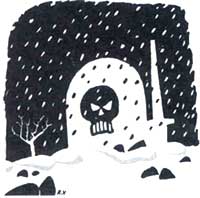 AS MANY as 58 nuclear reactors in the former Soviet Union and eastern Europe will be run to near full capacity to meet electricity shortages this winter, despite safety hazards. This follows the countries' failure in getting a firm commitment from the Organisation for Economic Cooperation and Development (OECD) at the Brussels meeting on nuclear safety to rescue the Chernobyl-type power stations now in a state of disrepair. The meeting was summoned when the Group of Seven conference in July failed to agree to a US $800 million emergency proposal for a central rescue fund.

Chernobyl will reopen next month to fight the bitter Ukraine winter, when temperatures drop to -2500C. The plant will finally close down as scheduled by the end of 1993.