Factory was employing children below 14 years of age 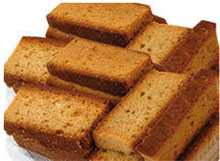 In a shocking incident, the food and supply department of Uttar Pradesh recovered heaps of animal bones from a biscuit and rusk factory in Moradabad, Uttar Pradesh. It is suspected that the bones were being used as ingredient in the bakery products.

City magistrate A K Srivastav told media that a raid was conducted at the factory premises following a tip off. While conducting the raid the team also found that children below the age of 14 were working in the factory.

Srivastav told media that further investigations would make the matter clear but it was evident that the products were not meeting the food standards laid down by law. “It is quite possible that these animal bones and other parts of animal bodies were used to make these biscuits,” he added.

Officials have sealed the factory and have sent food samples to the laboratory for analysis.

The raid comes days after the issue of food adulteration was raised in Parliament. Responding to a calling attention by P V Midhun Reddy (YSR Cong) and Satyapal Singh (BJP), Union health minister J P Nadda had ordered that a task force should be set up to recommend changes in the Food Safety and Standards Act, the legislation which regulates food quality in the country.  The task force is expected to submit its report in 45 days.

Naddahad said 13,571 out of 72,200 food samples analysed in 2013-14 were adulterated, resulting in launch of 10,325 civil and criminal cases.
He had assured the House that the government was committed to curb adulteration. The minister also accepted that the poor implementation of the existing Food Safety and Standards Act is a major problem.

Legal experts say that if the tests confirm adulteration the owner of the factory could face a jail term and fine of Rs 5 lakh.