Animals to the rescue 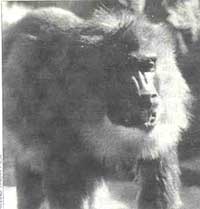 WITH worldwide shortage of human ns for transplantation, xenotransrnt surgery is a welcome change. The Ift,Apinsfer of animal organs into humans prevent organ donors from being rived of an organ, and the right unt of money. If unlimited organs available, about 100,000 transplant cries would be conducted in the us estimates Daniel Salomon, transet immunologist at the Scripps arch Institute in La Jolla, forriia, (The Economist, Vol 337, No,937).

In the last couple of years, several 0-human and two baboon-to an transplants have taken place. A kaboon bone marrow transplant operaDan would be conducted on an AIDS ti nt in San Francisco this year. A gz,esh biotech firm has bred pigs for the sole purpose of organ and tissue translants (Down To Earth, Vol 4, No 12). This would open up new vistas and 50ing hope to millions waiting for an 10 But for virologists like Jonathan Uan at the Southwest Foundation for OPT edical Research, xenotransplantanon is a medical nightmare. What if anirifections carried into the human proliferate under suitable condition What if they are transmitted into :humans and spark a pandemic?

Organ transplant surgery requires Cression of the immune system, so the organ is not rejected by the Prpient's immune system. Thus, the une response is controlled by Utaming a strict drug regimen. This @kes the organ recipients susceptible U.;,-.ous health problems for the rest their lives.

Virulence and 'new' disease are related. No one knows which I;nism is likely to be harmful. For ple, the Macaque herpes is fatal for bbut not to macaques. The post effects of the organism on the rMans can be known by outward toms only. The AIDS virus was ro'wn till it reached the developed d and research showed that Hiv was r= from monkeys into humans. While the natural hosts have been unaffected, the virus has created a pandemic.

The proponents of xenotransplant think the risks are few as they are concentrating on organs from baboons and pigs. While pigs are fast-breeding and can be bred into pathogen-free colonies easily, baboons are closely related to humans, but are slow breeding animals.

Baboon bone marrow could help destroy or control the AIDS virus, say transplant immunologists. The monkeys' immune system possibly has HIV fighting agents. Besides, baboon tissues are to be used as a stop-gap arrangement which can be replaced by human tissues later, but even then, infectious agents from the animal organ could be transmitted to the human body.

Pigs offer a safer option. Humans have consumed pigs through the ages New for old and both share some common diseases like influenza. As they breed fast, they could be bred free of all diseases found in pigs. But, as they are not closely related to humans, the human immune system has to be adapted to make it accept their organs.

The proponents feel minimising risks through known animal diseases and keeping a close post-operative watch on organ recipients, with their consent, would help. But this would not prevent a disease from passing on unknowingly to fellow human beings, argue the opponents. Till the problems are ironed out, the solution lies with authorities who can issue regulations. If laws dealing with taking organs from the newly dead could be implemented easily, then there is still hope for many.