Answer to the "which came first:chicken or egg?" debate 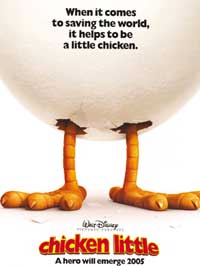 Which came first: the chicken or the egg? It's the egg, or so believes a group consisting a scientist, philosopher and chicken farmer. Their testimonies are part of a new film Chicken Little. us media Mogul Disney recently organised a debate to mark the launch of the film on dvd . According to John Brookfield, professor of Evolutionary Genetics at the University of Nottingham, England, the key to the age-old question apparently lies in the fact that since genetic material does not change throughout an animal's life, the first bird that evolved into a chicken must have initially existed as an embryo inside an egg. "Because of this, the living organism inside the eggshell would have had the same dna as the chicken it turned into," he concluded. Hence the egg came first.