Antibiotic use in livestock, poultry set for big surge 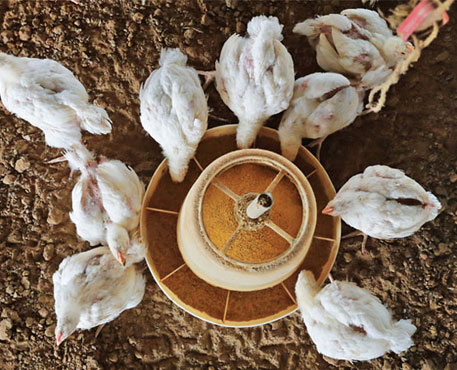 The study estimates that the global average consumption of antimicrobials stands at 148 mg/kg for chickens. It says that in middle- and low-income countries, rising income level has resulted in an increasing demand for animal protein.

In a bid to meet this demand, countries like Brazil, Russia, India, China and South Africa (BRICS) have shifted towards cost-efficient integrated intensive production systems. These necessitate the use of antimicrobials to keep animals healthy and maintain their productivity.

When asked about the projections, Thomas Van Boeckel, one of the authors of the paper, said, “Although the effect on humans is somewhat indirect, given the huge volume involved and the huge projected surge in consumption in the animal sector, we should be more cautious because this indiscriminate use of antibiotics is a waste of common resource.”

The study has been published in the journal, Proceedings of the National Academy of Sciences, of the United States of America by researchers at Princeton University and the Centre for Disease Dynamics, Economics and Policy. It was released on March 19, 2015.

When asked about the basis of the projections, Boeckel said, “The projections are based on maps on livestock densities (segregated between extensive and intensive livestock) produced by International Livestock Research Institute (ILRI) and the Food and Agriculture Organization (FAO). We project the proportion of the production that will be carried out intensively based in the evolution of gross domestic product (GDP) per capita.”

Ramanan Laxminarayan, another author of the paper said, “intensive farming practices can be very different between the US and India with respect to hygiene, nutrition, herd health and genetic potential of the flock. There are wide variations in practices even within India and, therefore, our projections which apply to the entire sector are approximate.”

What is driving consumption

One of the limitations in the analysis, as pointed out in the study, is that it does not evaluate antimicrobial consumption on a compound-specific basis.

The study mentions that India is a country contributing to the overall share in the growth of antimicrobial consumption. India is already facing antibiotic overuse in human medicine and a very high prevalence of antibiotic resistant bacteria (about 95 per cent of adults in India carry bacteria resistant to β-lactam antibiotics). Widespread resistance may impact India more as India’s bacterial disease burden is amongst the highest in the world and thus antimicrobials play a crucial role in limiting mortality and morbidity.

When asked about the impacts of increased antimicrobial consumption in food animals on the threat of antimicrobial resistance in India, Laxminarayan said, “Antimicrobial use, in both humans and animals, is the evolutionary force that drives resistance. The consequences of this are clear in India where 58,000 newborns die each year due to untreatable bacterial infections. Further increases in antimicrobial use should be avoided when these are not directly contributing to the treatment of sick animals or humans. Reducing antimicrobial use in the animal sector can be accomplished by a ban on pre-mixed antibiotic feed.”