Antimicrobial resistance to cost global economy up to US $210 trillion

Countries like India which have high rates of malaria, HIV and tuberculosis likely to suffer more if they don't take immediate action to tackle the problem 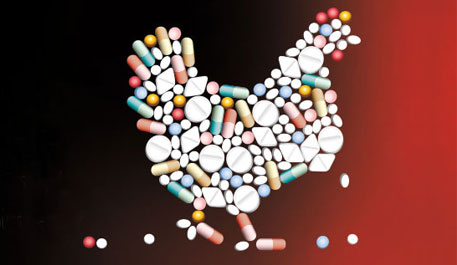 The world needs immediate measures to tackle antimicrobial resistant diseases in order to prevent huge economic consequences, says a recent review by UK experts. The review was commissioned in July 2014 in response to mounting international concern about the rise of drug resistant infections.

The review on antimicrobial resistance (AMR), commissioned by the Prime Minister of the UK, David Cameroon, released its first paper earlier this month. By the summer of 2016, the review will recommend a package of actions which they emphasise should be agreed to internationally to tackle the growing threat of AMR. The review projects economic consequences for the world if the problem of AMR is not tackled. In addition, the review mentions that a crisis can be avoided and the cost of taking action can be minimised if right steps are taken.  The review also mentions that the benefits of taking the right steps will be huge and long-lasting for emerging economies like India.

Projections made by the review

The review stresses that there is lack of data on the global economic cost and the cost to humans due to AMR. It further estimates that a continued rise in AMR by 2050 would lead to 10 million people dying every year and a reduction of 2% to 3.5% in Gross Domestic Product (GDP). It would cost the world up to 100 trillion USD.

Two teams, one each from RAND Europe and KPMG, were commissioned to provide their assessments of future impact of AMR, based on scenarios for rising drug resistance and economic growth by 2050. Both the research teams estimated how increase in resistance would affect mortality and morbidity and its consequences on overall economic production. Both the results project that if resistance is unchecked the loss of world output will get bigger through time, so by 2050, the world will be producing between two and 3.5 per cent less than it otherwise would.

It is to be noted that firstly, due to the lack of readily available data, the studies from both teams look at only a subset of drug resistant bacteria (Klebsiella pneumonia, Escherichia coli and Staphylococcus aureus) and public health issues (HIV, malaria and tuberculosis) and secondly, the research was commissioned to understand the economic cost of AMR, interpreted strictly as its impact on global GDP; social and healthcare costs were not considered.

The review also looked into the secondary health effects of AMR. Four areas of high-volume medical intervention which are dependent on the availability of effective antibiotics to make them comparatively low risk were considered. It is estimated that caesarean sections, joint replacements, improved cancer drugs created since 1970s and organ transplants contribute to about 2, 0.65, 0.75 and 0.1 per cent to world GDP respectively. Together, they contribute to almost four per cent to the world’s GDP. When this is combined with other effects of AMR, the review estimates that the world’s economy could lose more than seven per cent of its GDP by 2050, or a total of US $210 trillion over the next 35 years.

The review stresses that it is vital that the world healthcare systems are not undermined by AMR. It also mentions that AMR is not only a health concern, but is also an economic issue.

Financially, the cost of taking action to deal with AMR is far smaller than not. In addition, the paper mentions that it is crucial to act quickly. RAND Europe’s study demonstrated that delaying the development of widespread resistance by 10 years could save US $65 trillion of the world’s output between 2014 and 2050.  KPMG estimated that an increase in rate of infections alone could mean 150 million people dying prematurely dying and reduce world GDP by US $55 trillion between 2014 and 2050. This highlights the importance of not just treating infections, but also reducing and controlling them. The review also suggests that countries that have high malaria, HIV and tuberculosis rates (such as India) are likely to particularly suffer as resistance to current treatments increases.

The review mentions that there are complex and inter-related issues related to AMR. The review calls for international action that includes drug regulation and use of antimicrobial drugs across humans, animals and environment.

Coilin Nunan, principal scientific adviser to the Alliance to Save Our Antibiotics, an alliance of various groups working to stop the overuse of antibiotics in animal farming in the UK, says, “This report shows the urgent need to tackle the overuse and misuse of antibiotics in farming. According to the World Health Organization, more antibiotics are used worldwide to treat healthy animals than are used to treat sick humans. Most farm antibiotics are used to lower the cost of producing intensively farmed pigs and chickens, rather than for improving animal health and welfare.” The expert adds, “We now know that this cheap-food policy is fundamentally misguided as the huge societal costs being forecast are simply not affordable. We urgently need that government, farmers and retailers address the problem and to put an end to the routine use of antibiotics in animal feed and drinking water.”

There are no estimates on the economic impacts of AMR in India. Nevertheless, it can be assumed that due to high incidence of malaria, tuberculosis and HIV in India and lack of regulations on use of antibiotics in humans and in the production of food-producing animals, the impacts of AMR on the Indian economy could be huge. One of the ways to reduce the economic impact of AMR and to preserve the effectiveness of antimicrobials, as advocated by Delhi-based non-profit Centre for Science and Environment (CSE), is by implementing stringent regulations on the distribution and the use of antimicrobials (including banning non-therapeutic use of antibiotics) especially for the production of food producing animals.