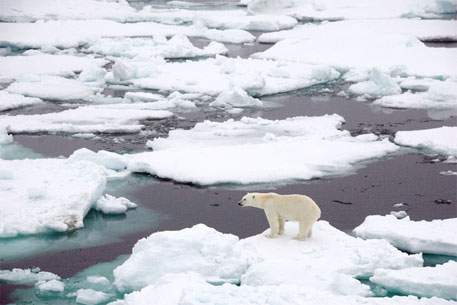 South Korea might well be the next regional oil storage and trading hub—all thanks to global warming. It is believed that the melting Arctic ice is widening a path which can be used by ships to deliver European oil to Asia— and South Korea is geographically best located to benefit from the new route.

As a result, Asia’s fourth largest economy is investing heavily in oil storage units, with the intention to contain 60 million barrels of crude oil and other products as they arrive from the Arctic. The deputy minister of energy and resources policy for South Korea, Kim Jun Dong, announced the plans would be completed by 2020, and would boast the same capacity Singapore currently holds. “The nation will also leverage its energy infrastructure, which includes five oil refineries, to become North East Asia’s dominant oil hub,” he said.

Rising global temperatures is breaking up polar ice and opening the Northern Sea Route to tanker traffic for a longer period each year. It is forecast to be ice-free for six months every year by 2020, boosting South Korea’s appeal as the destination for European cargos. South Korea is closely located to China, Japan and Russia.