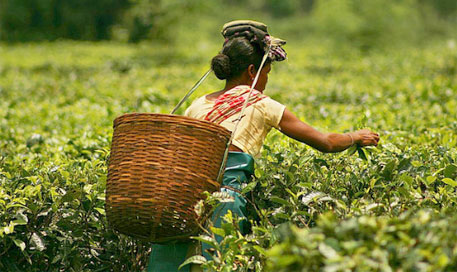 The Assam government has announced a slew of initiatives for the development of small tea growers (STGs) in the state budget for 2015-16. These include the formation of a task force to address the issues they face in a time-bound manner. The government also proposed to amend the policy for welfare of over 80,000 STGs who produce almost 30 per cent of the total tea in the state.

In the budget presented on March 10, Assam Chief Minister Tarun Gogoi, who also holds the finance portfolio, proposed to develop a comprehensive tea policy to ensure the quality of tea produced by the state. The budget also proposed an increase in VAT on private sale of tea in Guwahati Tea Auction Centre (GTAC) from 1 per cent to 2 per cent, while retaining the current rate of 0.5 per cent VAT on auction sale in GTAC.

“This will help in the sale of more tea through auction. Also, the state government will get more revenue,” said Pradyut Bordoloi, Congress MLA from Margherita and former Assam industry and commerce minister.

The North Eastern Tea Association (NETA) has welcomed the announcements of the Assam government, adding that they will help maintain the quality of Assam tea and stabilise green leaf price.

“Tea cropping in Assam is seasonal in nature; the peak cropping months are July, August, September and October. Every year during these months, the green leaf price goes down severely because of oversupply. This causes great suffering to STGs,” said Bidyananda Barkakoty, chairman of NETA.

Barkakoty said that the quality of tea deteriorates because of the excess availability of leaves in factories. He added that during peak harvesting season, STGs can store green leaves in cold storage units announced in the budget last year. Even factories can store them in cold storage if they receive leaves beyond the factory capacity.

Vice president of the All Assam Small Tea Growers' Association (AASTGA), Karuna Mahanta, also welcomed the announcements of the state government, but added that the government must ensure these proposals are implemented in a time-bound manner.

Gogoi announced the setting up of three centres of excellence, one for potatoes and vegetables and two for oranges, orchids and off-season vegetables. He also said that 219 agriculture service centres would be set up for easy access to information pertaining to new technology, tools and departmental programmes.

The budget promised 1,890 tractors and 5,000 power tillers at 75 per cent subsidy, along with other tools and implements for increasing farm productivity.

Other budget announcements include a separate development authority for women and children and financial assistance to 100,000 women self-help groups (each group comprising of 10 women). The budget also stated that 30 per cent of constable posts would be reserved for women.

The Assam government, however, came under attack from the opposition who described the budget as “poll-oriented and populist”. Detractors said the budget lacked vision and failed to address the problem of resource generation.

“The budget speech has laid bare the fact that the state government cannot undertake any development-related activities without Central funding,” said Phani Bhushan Choudhury, MLA of the Asom Gana Parishad (AGP), an opposition political party. “It is a totally poll-oriented budget. It just makes announcements for schemes. But there is no effort for resource allocation.”