At least 25 dead in Bihar in wake of Nepal earthquake

Districts in Kosi belt, closest to Nepal, bear the brunt of tremors arising from Himalayan nation 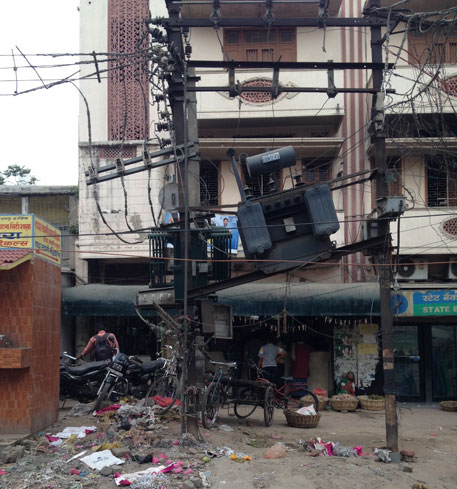 At least 25 people have died and more than 130 were injured in different  parts of Bihar which experienced shock tremors of the earthquake that struck Nepal on Saturday morning.

Some of districts, including Patna, Muzaffarpur, Kaimur and Dharbhanga, were hit by tremors twice within an interval of 10 minutes, triggering panic. Four persons died in Motihari and Sitamarhi, three died in Darbhanga and one in Hajipur.

The worst-affected were the Seemanchal districts, comprising Kosi belt—districts of Champaran, Madhepura, Purnea and Araria—that is closer to epicenter of the earthquake near Pokhara in Nepal. These districts had recently witnessed severe thunderstorm making the houses and power poles weak. Kaimur district experienced tremors more than twice. Locals rescued patients from the Sadar Hospital in the district.

State disaster management principal secretary, Vyas Ji told media persons that communication could not be established with officials at Kosi Dam at Kusaha. Barely few minutes after the earthquake, telephone communication went dead. Vyas Ji had to communicate through whatsapp with the district magistrates.

There is no confirmed report of whether Kosi dam and embankments have been damaged or not. “At present, we are taking stock of the situation. District administration officials are in the field and we are assessing the damage,” he said.

According to reports, Gandhi Setu bridge over Ganga has reportedly suffered major damage with its pillar number 84 developing major cracks. Chief Minister Nitish Kumar who was on a trip to Delhi has cut short his visit has rushed back to Patna.