Maximum fine for safety violation by a nuclear installation is just Rs 500; 91 per cent of the medical X-ray units not registered with AERB 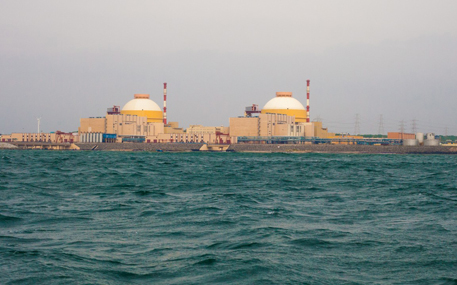 Amidst the hue and cry over Comptroller and Auditor General (CAG) of India’s reports on coal block allotment and ultra mega power projects, an important audit report—the one on the country’s nuclear safety—seems to have been conveniently overlooked.

The CAG report on Atomic Energy Regulatory Board (AERB), the nodal agency to monitor safety in installations using radioactive materials, like nuclear power plants and X-ray machines, raises serious questions over its independence and effectiveness. Going by report findings, AERB has done precious little to protect public interest in case of accidents involving nuclear radiation. It also found the authority has been lax in monitoring the proliferation of unregistered medical X-ray facilities in the country.

“AERB failed to prepare a nuclear and radiation safety policy for the country in spite of a specific mandate in its Constitution Order of 1983. The absence of such a policy at a macro-level can hamper micro-level planning of radiation safety in the country,” says the report.

In its report submitted to Parliament’s Public Account Committee on August 22, CAG has also criticised AERB for not being independent in its working. “The legal status of AERB can be seen to be more of a subordinate authority with powers delegated to it by the Central government than of a statutory body with independent powers. AERB has, thus, not been created by any specific legislation,” reads the report. Though, it is not for the first time that AERB has been criticised for failing to take strict regulatory steps against the nuclear establishment, the latest audit has put a stamp on it.

A Gopalakrishnan, former head of AERB, concurs, “In India, safety and promotion are under one roof.” Both the AERB, which is entrusted with the task of conducting safety audits, and the Nuclear Power Corporation of India Limited (NPCIL), which sets up nuclear plants, report to the Department of Atomic Energy (DAE), he points out.

Its impacts are showing. The system of monitoring radiation facilities was found to be weak. As a result, a large number of radiation facilities were operating without valid licence. Moreover, 91 per cent of the 57,443 medical X- ray facilities are not registered with AERB. The report mentions that in its order of 2001, the Supreme Court of India had ordered the Centre setting up of Directorate of Radiation Safety (DRS) for regulating the use of medical diagnostic X-rays in the country. However, as of July 2012, only two states—Kerala and Mizoram —have DRS.

What about nuclear security?

Moreover, if any nuclear accident occurs, AERB has no role in deciding the quantum of penalty. CAG brings to light the meagre fine of just Rs 500 imposed on the defaulter in case of violation of any safety rules under the Atomic Energy Act.

CAG says that AERB also has no direct role in ensuring safety of workers in power plants as the functions of monitoring radiological exposure and responsibility of radiological surveillance lies with operators of nuclear power plants.  “AERB, despite having the opportunity of peer review by International Atomic Energy Agency, has not availed the opportunity to get its regulatory framework and effectiveness reviewed by them,” states the report.

The report also highlights the complacency about safety culture and non-engagement of the regulator around emergency preparedness exercises. “AERB did not associate or engage itself with any exercise around nuclear facilities. All they did was to review reports, even though they had the option to be directly present during the exercise, monitor it, steer it. They even did not evaluate any exercise as an observer.”