Australia's waterbirds are disappearing – but nuclear physics can help save them 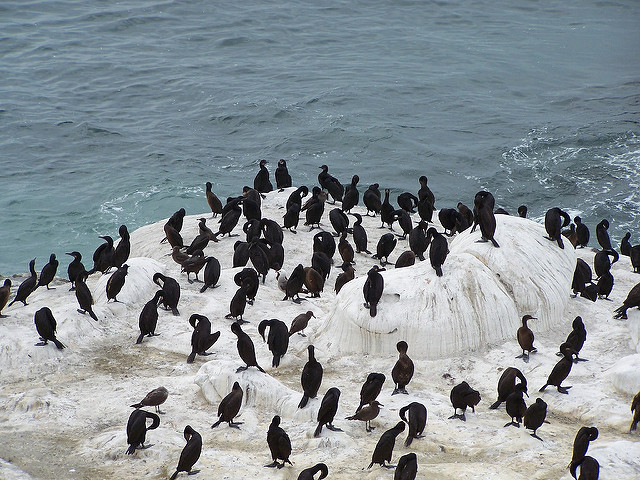 When wetlands flood they become full of life. They are spectacularly beautiful and noisy. There is nothing quite like the sound of a wetland when thousands of birds come together to take advantage of the newly created habitat.

Ibis, spoonbills, egrets, herons, cormorants and pelicans all congregate in large numbers, tens to hundreds of thousands, to breed when wetland conditions are good. These gatherings of birds are spectacular, but a mystery remains: where do they come from, and where do they go?

These questions aren’t trivial. Over the past 30 years waterbird populations have declined as opportunities for breeding have disappeared, mainly due to water resource development.

Worldwide, wetlands have been lost or are under threat from water resource development, agricultural development and climate change. In Australia we have lost an estimated 50% of wetlands since European settlement.

The loss of wetlands has serious implications for wildlife. Many species are wetland-dependent throughout their lives while others, such as some species of waterbirds, rely on wetlands as places to breed.

Knowing which wetlands waterbirds use when they aren’t breeding will help us figure out which places we need to protect. So the Centre for Ecosystem Science, UNSW and the Australian Nuclear Science Technology Organisation have developed a new technique to analyse Australian bird feathers using nuclear physics.

Now we want you to send us waterbird feathers so we can build an Australia-wide map of where our waterbirds go.

Traditional tracking methods such as leg banding and satellite trackers have had limited success and can be expensive. So we looked for a cheaper and more effective method. And what could be easier than collecting bird feathers?

Feathers are made of keratin (the same material as human hair and nails) and as they grow record the diet of the bird in chemical elements. Once fully grown, feathers are inert – they no longer change.

Chemical elements (carbon, nitrogen, hydrogen, oxygen) exist in a number of different forms known as isotopes. Some isotopes of some elements are radioactive, but many elements have stable, non-radioactive isotopes. The relative proportion of different isotopes can be explicitly linked to a specific location, as has been done for monarch butterflies in North America.

To test whether this could be applied to Australian wetlands and waterbirds I did a pilot study in 2010-11. Widespread flooding in the Murray-Darling Basin resulted in colonial waterbirds breeding at a number of wetlands including the Gwydir wetlands, Macquarie Marshes and Lowbidgee wetlands. These three wetlands are geographically distinct, spread across the Basin from north to south.

We used feathers from chicks and juveniles, because they are eating food from only the wetland where they were hatched and so provide a unique signature for that wetland.

We tested the feathers using two techniques: one to look at the elemental composition of feathers, and the other to measure the amount of two particular isotopes, carbon-13 and nitrogen-15.

Results from these analyses showed that we were able to distinguish between the three wetland sites based on the elemental composition of the feather and the isotopic composition.

Either technique showed the ability to distinguish between wetland sites. Combined, they should be able to provide greater spatial accuracy in identifying the wetland at which the feather was grown. With the knowledge that wetlands have their own unique elemental and isotopic signature, we are expanding the study nationally.

The Feather Map of Australia is a citizen science project that aims to map the signatures for as many wetlands across Australia as possible. To do this we have asked interested members of the public to collect feathers from their local wetlands and contribute them for analyses.

Once analysed, we will have an isotopic map of wetlands against which we can track waterbird movements. Feathers collected from chicks and birds that don’t move large distances will provide us with a signature for that particular wetland. We can then analyse the feathers of birds that do travel long distances and match the signature in their feathers against those of wetlands, telling us where these birds have been.

The signature will not tell us all the movements a bird has made, but it will tell us where it was when it grew the feather. And this will also give us information about the health of the wetland based on what food the bird has eaten and how long it took to grow the feather.

Knowing the movements of waterbirds helps identify wetlands that are important waterbird habitats. This knowledge can be used to provide information to policymakers and land and water managers for improved water delivery, wetland management and decision-making, and ultimately protect wetlands and waterbirds.

Read more on how to send feathers to scientists and help build the Feather Map of Australia.