With this prediction, expectations of a good monsoon season for South Asia may be hit 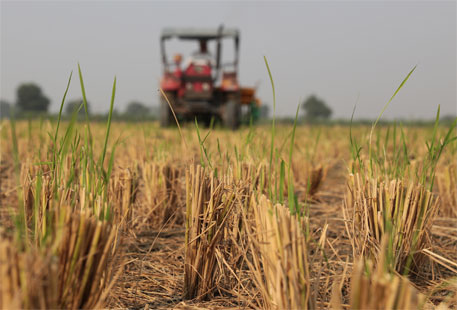 The Bureau of Meteorology, Australia, confirmed on Tuesday that there was an increased chance of El Nino developing by June this year.

All international climate models monitored by the bureau indicate this trend. According to the weather agency, there is a 70 per cent chance of El Nino happening. Last week, the US Climate Prediction Center had also made a similar forecast.

The bureau said that ocean temperatures in the Tropical Eastern Pacific, one of the 12 marine realms that cover the shallow oceans of the world, continue to be warmer than average. The trade winds are also weaker than normal and all weather models point to further ocean warming.

The Tropical Pacific Ocean sea surface temperatures are at present just shy of El Nino levels, indicating that there is a strong possibility of El Nino happening. Large areas of warmer than average water below the surface are likely to keep the water warm for some time. This will increase the odds of atmospheric factors coming into play, and hence, a further warming of the tropical Pacific Ocean, the bureau said.

El Nino and its effect on monsoon

El Nino is often associated with less rainfall and prolonged summer for South Asia, including India. So far, temperatures have been lower than average in the country with untimely rainfalls in February and March. Expectations that India will witness a good monsoon this year have been hit with the El Nino prediction.

For Australia, El Nino means below-average winter, spring rainfall over eastern Australia and above-average daytime temperatures in the southern part of the country. However, the period from April to June is likely to be wetter than the average across much of Australia due to warm conditions in the Indian Ocean.