Authorities clueless Carcinogen NP in a large number of products in India. 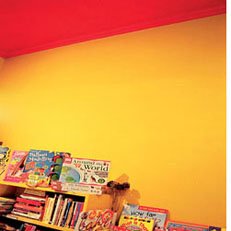 Ana M Soto, professor at the Tufts Medical School at Massachusetts in the us, made an important discovery while working with breast cancer cells in 1989. She found that some of the tissues were proliferating without stimulation when stored in plastic tubes. An investigation indicated that the plastic tubes had something to do with the proliferation. When the manufacturer refused to disclose the makeup of the tubes, Soto did her bit of investigation, which incriminated a synthetic chemical, nonylphenol(np). Subsequent studies showed np to be a carcinogen, and np use has since been regulated in many developed countries. The chemical, however, has widespread use in the developing world, including India.

When synthesized with ethylene oxide, np forms the compound, nonylphenol ethoxylate (npeo), which is used in a host of common products including pesticides, plastics, leather, textiles, paints and contraceptives. When the compound degrades, the ethylene oxide breaks down fast, but np is a far more enduring commodity. The chemical accumulates in water bodies, and according to scientists, aquatic organisms take in np faster than they eliminate them.

This has led to regulations against npeo s in developed countries, including Japan, Canada, and European Union countries. New Zealand is contemplating restrictions and draft guidelines have been prepared in the us to regulate npeo release into water bodies.

But there are no regulations governing npeo use in India. The list of hazardous substances monitored by union ministry of environment and forests (moef) does not include this chemical. The ministry has not carried out any studies on the chemical, and many of its officials seemed to be ignorant about npeo. Scientists of the Central Pollution Control Board seemed puzzled when Down To Earth asked them about the chemical. A senior moef says "There are so many chemicals; we cannot keep track of all." Studies conducted by research institutes in the country however testify to its toxic nature (see box Soluble evidence)

But why is npeo use so widespread? The explanation lies in its chemical qualities. In the chemist's jargon npeo is a non-ionic surfactant. For manufacturers of a variety of products, including pesticides, this means that npeos can be used to reduce surface tension. Sunil Singhal of Chemical Systems Technologies, a speciality chemical formulator based in Delhi, explains, "npeo ensures that once the pesticide is sprayed it does not form droplets but spreads out evenly so that the plant is evenly protected." Similarly when used in dyes and paints, npeo ensures an even coat.

The chemical's make-up also makes it fit for detergents ethylene oxide moles have a propensity to attach themselves to water, while np is known to bind itself to dirt and oil. These qualities fit make npeo fit the textile industry's bill it's used for scouring, dye levelling and as a fibre lubricant. A variety of cleaners, including those used to polish metals, glass and floors, also have npeo. S o do some personal care products.

Even contraceptives use a npeo derivative, nonoxynol-9 (N9), for its lubrication and spermicidal properties. who has, however, warned that N9 offers no additional protection against pregnancies. who researchers, found instead that N9 could lead to epithelial damage in women, thereby increasing their chances of contracting aids.

According to industry sources India consumes between 40,000 and 44,000 tonnes of npeo every year. Of this, 20 per cent is consumed by the textile industry as auxiliary chemicals, 22 per cent goes into

pesticides, 15 per cent into metal cleaning products, 18 per cent is used by leather manufacturers and the remaining 25 per cent is shared between makers of paints, detergents and personal care products.

The demand for np is on the rise in India. The union commerce ministry's statistics show that import of np (and similar chemicals and their isomers) has grown from 818.44 tonnes in 2000, to 23,843.52 tonnes in 2006--a whopping 2,813 per cent growth. np, in itself, has very little use. So it's sound to surmise that most--if not all--of the chemical would have been used in npeo production.

The chemical has, however, become a problem for many who used it in their products, especially textile manufacturers. The European Union, the largest market for India's textile exports, has begun acting tough. According to Ulhas Nimkar, ceo of Texanlabs, a Pune-based certification company which certifies a lot of textiles headed for Europe on behalf of importers there, npeo is becoming a big problem for Indian exporters. "The European Commission's standards specify that apparel weighing a kg should not contain more than one milligram of npeo. But individual European companies have even stricter standards. This becomes a huge problem for exporters as the chemical cannot be removed after a number of washes," he says.

C N Sivaramakrishnan, secretary of the Mumbai-based Society of Dyers and Colourists admits to the problem. "Traditionally, the industry depended on npeo as they were cost effective. Alternatives like lauryl alcohol ethoxylates ( lae) and fatty alcohol ethoxylates are gradually being used but they are about 10 to 15 per cent expensive," he says. Sivaramakrishnan says that some larger textile mills in the country have switched to lae while most small units continue to use npeo.

K Silvavaj assistant director, Tirupur Textile Committee's points to another problem most mill owners are not aware of the European regulations. "Most textile auxiliaries do not label the contents of their products. So textile units do not know what they are handling," he says.

Labelling is also an issue with the pesticide industry. Manufacturers only name the active ingredient of the pesticide such as endosulphan or heptachlor but do not mention the surfactant on labels. "Most pesticides have proprietary formulations and companies seldom mention the kind of surfactant or its quantity in their packaging," says Prem Dureja, head of Agricultural Chemicals at the Indian Agricultural 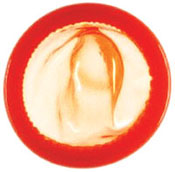 Since India does not consider npeos hazardous, no licence is required to set up a npeo factory requires no special licences. "Setting up a chemical unit requires only clearances from the state pollution control boards and the inspector of factories," says S K Agrawal regional chairman of the Indian Chemical Council. Once the unit is set up, no licence is needed to start trading in the chemical unless it belongs to a special class, like pharmaceuticals and pesticides, he adds.