Autism caused by genes or environment? 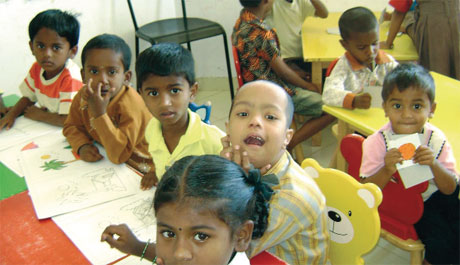 AUTISM is one of the few developmental disabilities the cause and cure of which remain elusive even 50 years after it was identified. There is no biological test to detect this lifelong disorder until it manifests at the age of around two. Diagnosis is largely based on behavioural and psychological assessment. About 40 in every 10,000 children worldwide suffer from this neurological condition.

Most scientists believe autism spectrum disorders (ASD) is genetic in nature. But some link the increase in toxin levels in the environment in recent years to the growing prevalence of autism—it has increased 10 times in the past five decades. In the early 2000s, the world was taken aback when studies blamed thimerosal, a mercury-based preservative used in vaccines, for autism. Major scientific panels, including that of WHO, rejected the claim, attributing the growing cases to better diagnostic tools. As the environment theory was losing favour, recent studies by US scientists have added impetus to it. The studies claim factors that affect the foetus or child in the early years can trigger the disorder, which impairs language and social skills.

In one study, Californian researchers headed by Joachim Hallmayer, from psychiatry department of Stanford University School of Medicine, studied data on autistic children collected by non-profit Autism Speaks. They analysed 192 twin pairs. Fifty-four of them were identical and 138 non-identical, and at least one of the twins had ASD. They looked for pairs in which both the children were autistic. There were 37 per cent such pairs in the identical group and 58 per cent in the non-identical group. Unlike identical twins who share 100 per cent of their genes, non-identical twins share 50 per cent. Hence, the researchers concluded the chances of attributing autism to genes is less. Rather gestational environment is crucial, they noted in Archives of General Psychiatry published online on July 4. To understand external factors that trigger autism they observed behaviour of the children and interviewed them as well as their parents. Factors like age of the parents, multiple births, infection during pregnancy and low birth weight could be linked to autism, they said.

The same issue of the journal published another study that corroborates the finding. Funded by the US National Institution of Health, the study shows exposure to anti-depressants in early pregnancy could increase the risk of autism. The team, led by Victoria Hendrick of Neuropsychiatric Institute and Hospital of University of California, analysed data of 298 autistic children and compared them with that of normal children. Those whose mothers had anti-depressants the year before delivery are twice at risk of autism, they noted.

An analysis by US scientists published in the June issue of Neuron, however, indicates the risk of autism could be because of both environmental and genetic factors. The scientists studied DNA data of over 1,000 autistic children collected by non-profit Simons Foundation. The children were the only ones suffering from autism in their families. The researchers found all of them had very high Copy Number Variations (CNVs)—rare, structural changes in the genome that occur spontaneously in the sperm or egg cell, forming an embryo. Such mutations happen due to different environmental factors, they said.

Proponents of the genetic theory are still not convinced. Joseph Buxbaum of Mount Sinai Medical Centre, New York, says studies on autistic twins done so far point to genetic disorder. Though the data of Stanford university scientists is comparable to other studies, their analysis shows environmental impact. One reason, as the authors also point out, is a large margin of error in the estimates of impact of environmental and genetic factors, he says. For instance, the researchers estimated that the risk of ASD was 30-80 per cent due to environmental factors and 8-84 per cent due to genetic inheritability in a larger population.

“The Standford University researchers have rekindled a dying fire and were wrong to do so,” says Michael Wigler who studies genetic disorders at Cold Spring Harbor Laboratory in New York. “The answer to what triggers autism lies in genes,” Buxbaum adds.