Even as India is trying to build a firewall to block out the bird flu virus, the first likely case of the deadly pathogen's human-to-human transmission has surfaced in Vietnam. Two siblings in Hanoi are suspected to have contracted the disease from their brother. All three have succumbed to the infection. The total confirmed toll has now reached 12, out of which nine people have died in Vietnam and three in Thailand... 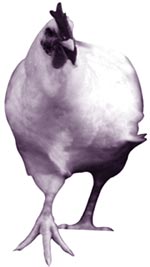 even as India is trying to build a firewall to block out the bird flu virus, the first likely case of the deadly pathogen's human-to-human transmission has surfaced in Vietnam. Two siblings in Hanoi are suspected to have contracted the disease from their brother. All three have succumbed to the infection. The total confirmed toll has now reached 12, out of which nine people have died in Vietnam and three in Thailand.

The latest development has heightened fears regarding the disease, which is decimating poultry flocks in several parts of Asia. It is estimated that as many as 25 million birds have been culled since the epidemic broke out in South Korea in mid-December last year. The form of bird flu, caused by the avian influenza (ai) virus subtype h5n1, has already spread to areas such as Thailand, Indonesia, China, Cambodia and Laos.

Closer to India, Pakistan has culled about 3.5 million birds in Karachi. The ai strains detected there were, however, of the less virulent h7 and h9 varieties. Nonetheless, India has banned all imports of poultry as well as processed poultry products and also issued an alert against the disease.

Significantly, sources at the Indian Veterinary Research Institute, the premier poultry and livestock laboratory in the country, have now conceded that a low-pathogenic ai virus belonging to the h9 family was isolated from a few samples in Haryana last May (see: 'In a flap', Down To Earth, June 15, 2003). But the Pune-based Venkateswara Hatcheries Private Limited, which controls most of the domestic poultry industry, maintains that India has not witnessed a single case of avian flu during the past four decades.
Medical experts who treated the sisters in Hanoi confirmed that they died of flu. The World Health Organization (who), which is closely monitoring the situation in Southeast Asia, was of the view that "limited human-to-human transmission (from the brother to the sisters) is one possible explanation" for their death.

Scientists feel that the more the virus circulates, the greater the risk of its transforming "into something with the lethality of avian flu and the transmissibility of a human flu". It is known that avian and human influenza viruses can exchange genes when a person is simultaneously infected with viruses of both species. This process of gene-swapping inside the human body can give rise to a completely new subtype of the pathogen from which few, if any, humans would have natural immunity. The frequency of avian flu incidents, too, is baffling experts. While there were only 17 outbreaks from 1959 to 1998, as many as seven have occurred from 1997 to date.

Although ai occurs in wild birds, it does not usually make them sick. Consequently, they continue to serve as a reservoir of viruses. In contrast to the wild, the crowded conditions of modern poultry farming without enough biological safeguards give ample opportunity to the virus to transmit the disease.
With the virus already spreading to humans in Vietnam and Thailand, the who has expedited its efforts to develop a shield in the form of a vaccine. The endeavour, led by who virologist Klaus Sthr, would involve the use of a novel genetic modification technique.

Conventional vaccine development relies on mixing the target flu virus and a harmless flu strain in chicken eggs. This does not work for h5n1 because it kills chicken embryos. The reverse genetics method, developed by a research group at the Memphis-based St Jude Children's Research Hospital in the us, depends on cloning genes from different viruses separately and reassembling them into an inactivated vaccine virus.

Working with the latest h5n1 strain, the researchers cloned the genes that code for the microbe's two antigens -- haemagglutinin (h) and neuraminidase (n). The bird flu pathogens are identified on the basis of these proteins found on their surface. The remaining genes were cloned from a "safe" influenza strain commonly used in vaccines. The resultant virus is incapable of causing the disease, but carries the bare minimum antigens required to stimulate the immune system to produce antibodies to h5n1.

The who has stated that the mass production of a new vaccine would take six months. Meanwhile, Food and Agriculture Organization director-general Jacques Diouf said that the flu would spawn an economic disaster for the poultry industry and farmers.