Avian-flu drug in the making 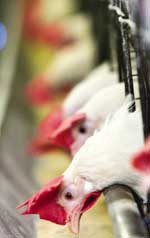 Researchers have developed what could be used as an effective preventive drug against bird flu. In a study published online in the website of the journal Respiratory Research, researchers have revealed that they have created antibodies against the avian flu virus H5N1 that work in mice both as a preventive drug, or prophylaxis, when administered before infection, and as a treatment for bird flu.