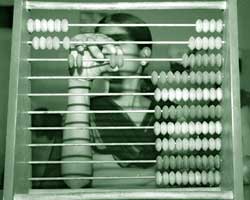 Roshan Lal (name changed), a resident of Noida, Uttar Pradesh (up), finds it strange that the Indian government could be contemplating eradicating leprosy by 2005 end. At The Leprosy Mission Hospital, Nand Nagari, Delhi, Lal is undergoing reconstructive surgery on his deformed hands and says he sees enough new patients to be convinced that the target is unachievable. The hospital received 15 new leprosy cases in May 2005, 10 of them of the more severe (multibacillary) variety. Experts also believe the "eradication" might happen only on paper.

India has the world's highest concentration of the disease: 60 per cent of the total and 75 per cent of all new cases. Leprosy is caused by Mycobacterium leprae, a bacterium that affects the skin, mucous membranes and the peripheral nerves. The World Health Organization (who) had in 1991 decided to eliminate it globally by 2000. The idea was to bring down its incidence to a maximum of one case per 10,000 persons -- an elimination (and not eradication) benchmark adopted to indicate the disease was no longer a public health problem. In 1999, the Global Alliance for Elimination of Leprosy (including who and the endemic countries) extended the deadline to 2005. In 2002, India's National Health Policy also set 2005 as its target to eliminate leprosy.

But some experts disagree that if the 1/10,000 people target is achieved, leprosy will cease to be a public health concern. "There is no evidence to show that," argues Cornelius Walter, director (South Asia), The Leprosy Mission Trust, India. "Even at that rate, India will have at least 100,000 leprosy patients."

The adherence to the 1/10,000 benchmark has made experts fear that once leprosy is 'eliminated' on paper, funding agencies won't help. The World Bank (wb) provided us $85 million in 1993 to India's National Leprosy Eradication Programme (nlep). After the 2000 deadline, it launched the second phase of nlep for the next three years. In 2003-2004, Rs 75 crore was allocated under nlep. In 2004-2005, the government extended the programme till 2007, but reduced allocation to Rs 55 crore. The money available after 2007 will depend on 11th p lan allocations. However, G P S Dhillon, deputy director general of health services (leprosy), mohfw, assures: "Money won't be a problem. The programme will continue till it is needed."

The government, through the leprosy elimination monitoring and case validation studies of 2003 and 2004, has claimed that the reported prevalence rates are inflated in most states. But experts say the truth is just the opposite. The reason: cases are registered only when patients seek treatment. Also, people in general are not subjected to routine skin tests, and so, the diagnosis is often delayed. "The [government's] definition of leprosy is too specific [limited] and can lead to missing out cases," adds Jayaprakash Muliyil, principal, Christian Medical College, Vellore, Tamil Nadu.

Experts also charge the government with being concerned only about making its list of leprosy patients shorter. An example is its attempt to shorten the treatment period. Currently, a one-year multi-drug treatment is given to multibacillary patients (over five patches and at least two nerves affected) and a six-month treatment to paucibacillary cases (less than five patches and one nerve affected). But the protocol being tested now is that even multibacillary cases should be treated only for six months. Earlier too, the government had introduced a new treatment, under which patients with a single patch were given a single tablet and struck off the list.

Such an attitude kills the chances of actual eradication, as post-treatment care of patients is crucial. They can suffer deformities even after treatment, as their bodies react to dead bacterium. "There are upto 10,000 new deformities each year in India, for which remedial surgery is needed," says D Vijayakumar, superintendent, The Leprosy Mission Hospital, Shahadra. Rehabilitation is crucial, as sensation in the affected part might be absent even after surgery.