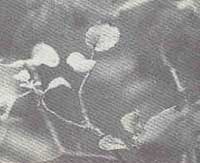 The claim by Ayurveda practitioners that it can combat the dreaded HIV virus is only now being examined by the India's scientific establishment. Researchers at the National Institute of Immunology (NII) in New Delhi have begun investigating the anti-HIV properties of seven plants -- Tulsi (Ocimum), Brahmi (Centella), Ashwagandha (Withania somnifera), Punarnava (Boerhaavia diffusa), Gilo (Tinospora cordifolia), Satawar (Asparagus racemosus) and Nirabrahmi (Bacopa monniera) -- traditionally used all over the country because of their anti-stress properties and ability to stimulate the immune system.

Says R R Choudhary of NII, "The known properties of these plants led us to wonder if they could be successfully used to delay the onset of AIDS in HIV-positive individuals." Interestingly, research at NII on the neem plant (Azadirachta indica) on its use in birth control vaccines, has shown that it also might have anti-HIV properties.

Though NII scientists say their research into the HIV control through these plants will be a painstaking process, their project has generated considerable excitement in the National AIDS Control Organisation, which estimates that unless emergency measures are taken, nearly one million Indians could be afflicted by AIDS by the end of the century.