Babies made to order

A furore over the ethics of the new eugenics-reproduction technologies that could create 'designer' babies-has the medical community worldwide in a fix. 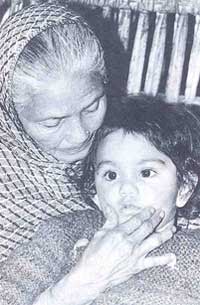 AFTER designer clothes and designer food, will designer babies be next? Are you a black who wants a white baby or a 65-year-old woman who wants to conceive? No problem, except that of ethics. Made-to-order babies are now possible with the rapid development of assisted reproductive technologies (See box).

Till recently, it was assumed that when a woman entered her 50s, her reproductive life was as good as over. But now, fertility experts are impregnating scores of post-menopausal women with embryos fashioned from younger women's eggs: a 59-year-old British woman gave birth to twins using donated eggs implanted in her womb, and a 62-year-old woman, who visited a fertility clinic in Rome, is due to deliver in June.

Not only are older women giving birth to healthy babies, women can now choose the (potential) height, intelligence, colour and race of their children, based on the characteristics of the egg or sperm donors.

A recent revelation caused a storm in Europe: 18 months ago, Edinburgh University scientists, led by reproduction specialist Roger Gosden, took microscopic eggs from unborn mice foetuses, matured them in a test tube, fertilised them and successfully implanted them into adult mice. Although Gosden's work is in its early stages and he has stressed that he has no intention of extending the work to humans, there has been a great deal of both excitement and apprehension about the possibility.

A human female foetus has thousands of cells that can develop into eggs and an aborted foetus could theoretically provide several hundred eggs for in vitro fertilisation. Aborted foetuses are likely to be in great demand because egg donors are perennially in short supply and childless couples often have to wait several years before they can find someone appropriate.

However, it is not known whether foetal ovaries would mature normally outside the foetal environment, nor is it clear whether a woman's body would accept foreign organs, says Gosden. A recent editorial in the British science journal Nature (Vol 367, No 6459) says that the excitement is misplaced: until scientists establish why only some of the 100,000 potential egg cells found in a female foetus develop into mature eggs, only a rash gynaecologist would wish foetal ova on infertile women patients.

Nonetheless, ethicists are busy debating the issue of transplanting foetal ovaries into aging women and people are concerned about how far the frontiers of reproductive technology should be pushed. And, the hype generated has had European government ministers rushing to formulate rules to regulate research and the practice of assisted reproductive technologies. French officials have proposed banning in vitro fertilisation for women past menopause; Italy announced that it would limit work at its fertility clinics; and Britain's health secretary, Virginia Bottomley, announced that she would seek uniform regulations for all of Europe to prevent "procreative tourism".

Already, in countries like Germany and Sweden, the use of donor eggs and sperm is outlawed. As a result, hundreds of Swedish women travel to Denmark and the UK each year to seek fertility treatment. But Bottomley is quick to assure that female foetuses cannot be used, under the law, as egg donors.

However, childless couples -- of which there are some 18 million between the ages of 18 and 35 in India alone -- are understandably willing to go to any lengths to have children, and they question the rights of governments to legislate on these issues. Kendall LoCoco, who started trying at 39 and is finally pregnant at 46, thanks to donor eggs and in vitro fertilisation, told Newsweek, "I think it is absurd that people should say that a woman can't have a child at any age. I don't think we can make rules about this."

These technologies, though quite easily available even in India, are expensive and their success rate is dauntingly low. In vitro fertilisation costs more than $10,000 per shot in the US and as much as Rs 50,000 in India. Neither borrowed eggs nor transplanted ovaries are likely to transform baby-making soon, but these technologies are providing new, if questionable, options to pioneers.