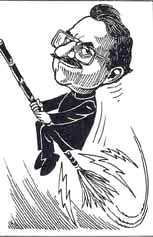 Sugar mills need to invest only an additional Rs 2.3 crore to generate 1 MW of power, whereas conventional power generation from coal costs Rs 3 crore per MW, reports a task force constituted by the ministry of non-conventional energy sources (MNES). The study has found that India's 400 sugar mills have a power generating potential of 3,500 MW.

Non-conventional energy sources minister of state S Krishna Kumar declared at a national workshop on biomass-based cogeneration -- held in Delhi on October 18 -- that by December this year, the ministry would launch a bagasse-based cogeneration programme. According to Kumar, rural-based sugar mills with well-organised access to land and capital need to make an incremental investment in power-generating equipment. "We already have the technology to switch over to the high pressure boilers required for the adoption of cogeneration in the sugar industry," says K Ramakrishnan, chairman of the MNES task force.

However, availability of bagasse for only 6-7 months in the year would be a constraint, according to the task force. Also, though MNES has recommended a price of Rs 2.25 per unit of power, state electricity boards may not be willing to pay such rates. The state governments and state electricity boards need to act in tandem if MNES' target of 2,000 MW from renewable energy sources by 1997 is to be achieved.