Anthropogenic activities are reducing oxygen in the Baltic Sea, harming the marine ecosystem 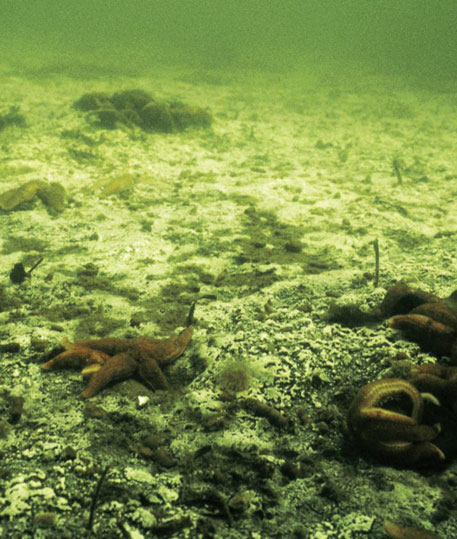 POLLUTION from nutrients such as nitrates and sulphatesÃ”Ã‡Ãªreleased from agricultural run-offs andÃ”Ã‡Ãªthe discharge of untreated sewage is the main reason behind oxygen depletion (hypoxia) in the Baltic Sea, says a research. The research aimed at understanding if the deoxygenation was a result ofÃ”Ã‡Ãªclimate change or human activities.

Hypoxia adversely impacts the marine ecosystem and increases dead zones that are unable to support life. The problemÃ”Ã‡Ãªis 10 times worse now than it was a century ago and has been compounded by global warming.

The deepest areas of the Baltic Sea are naturally prone to hypoxia because the inflow of fresh water from oceans is limited. Deoxygenation occurs when the uptake of oxygen at the bottom layers exceeds the amount of oxygen brought in by fresh currents and by winds. In the Baltic Sea, the difference in salt concentrations between the deeper layers and the less denser layer at the top results in water “stratification”. This prevents the mixing of two water types necessary for transferring oxygen to the water near the sea bed. These oxygen depleted water regions have drastically increased during the last century.

The study was led by Jacob Carstensen, professor at the department of bioscience, Aarhus University, Denmark.Ã”Ã‡Ãª“We analysed salinity and oxygen content for the past 115 years using spatiotemporal climate models and observed that various nutrients from land are the main cause for widespread deoxygenation in the sea,” says Carstensen. Metal bound minerals, such as ferric phosphates, from sediments favour growth of different types of bacteriaÃ”Ã‡Ãªin the seaÃ”Ã‡Ãªwhich cause hypoxic conditions.

“We cannot hope for future climate to counter the effects of anthropogenic pollution and it is time we joined hands to reduce the release of nutrients into the Baltic Sea,” emphasises Carstensen. The study, published in the April issue of Proceedings of the National Academy of Sciences, was conducted by researchers form Aarhus University, Denmark, Lund University and Stockholm University, Sweden.

Zoltan Kun, chairperson of European Wilderness Society, a pan European advocacy group promoting biodiversity and conservation, says, “Agricultural practices around the Baltic Sea seem to be one of the reasons for increment in nutrient content that poses a serious threat to marine biodiversity.”

Research: Deoxygenation of the Baltic Sea during the last century