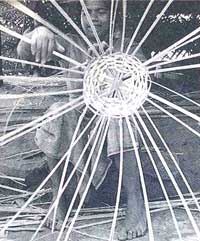 THE BOMBAY High Court has ruled that bamboo mats are forest produce, thereby contradicting the rulings of both the Gujarat High Court and the additional sessions judge. The pro-forest department ruling came in response to a criminal writ petition filed by the Maharashtra forest department, challenging a lower court judgement that allowed a businessman from Bliandara to transport bamboo mats. In the 1986 incident, when a truck was stopped for a routine check, the mats were found to be in excess of the number mentioned in the transit pass. This led the forest officials to seize the mats, alleging they were made from green bamboo. Under the Forest Act, almost everything found in or brought from the forest is classified as forest produce and the government has the right over it.

In a similar incident some years ago, the forest department had gone to court pleading that cow dung IDund in forest land was forest produce and could not be collected freely. The court struck the case down.