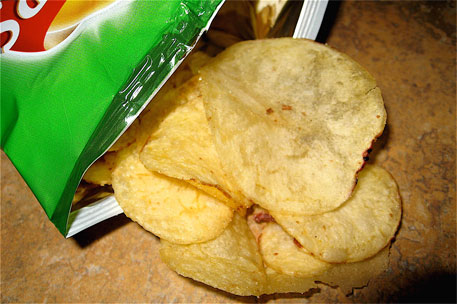 The Himachal Pradesh High Court has vacated a stay on the state government’s notification banning plastic packaging for 25 junk food items, directing that the ban be now enforced in the state from January 26 next year.

A division bench of Justice Rajiv Sharma and Justice VK Sharma last Thursday directed the government to ensure edible oils and fats are not sold in plastic bottles and pouches, but rather packed in tin containers. The ban excludes drinking water, both packed and mineral.

The state has also been directed to appoint a food commissioner, if not already appointed, within four weeks. It would also have to ensure that person is permitted to commence or carry on any food business without obtaining a licence.

Taking a strong stance on the adverse effects of plastic on health and environment, the Himachal Pradesh High Court had ordered a statewide ban on the sale of junk food in non-biodegradable packets from April 1, 2013.

The order came in response to three petitions filed in 2010 to reduce indiscriminate use of plastic. At that time the court had set up a committee to suggest ways to reduce use of plastic packaging in food items. The committee, headed by the then additional chief secretary of the state, however, failed to follow the order. Consequently, another committee was formed. After much dilly-dallying, the committee gave its list of recommendations in January this year. In its order, the court said the list is not final and more items could be included. The next hearing is on coming March 15.

In its January 10 order, court had said — “We are not in any manner issuing directions that such items are banned because that is not within the purview of the court but if we follow the Himachal Pradesh Non-Biodegradable (Control) Act of 1995, the least we can do is to direct that these harmful items should be sold only in bio-degradable packing.” It said such packing might increase cost of products, “but it would be worth paying that extra money to protect environment and health of the children”.

Himachal Pradesh has successfully implemented its ban on plastic carry bags and other non-biodegradable products. It had proposed to extend the ban on junk food items with effect from July 1, 2013. In March 2013, a petition was filed by the Sanyukt Vyapar Mandal Khalini, the Indian Biscuits Manufacturers Association, NOIDA, the Haroli Block Industries Associations, and Tahliwal Una against the government notification. On September 3, the court hadstayed the said notification till November 19.

The High Court has now cleared the stay on the Himachal Pradesh government’s notification issued on 26 June 2013 imposing ban on sale, storage, entry, supply and manufacture of 25 junk items.

The court also vacated its stay on the notification issued by the Department of Science, Technology and Environment on June 26, 2013 imposing a ban on sale, storage, entry, supply and manufacture of these items in the state.

One of the petitioners against the government notification, the Indian Biscuit Manufacturers’ Association (IBMA), is now planning to file a review petition in the court.

KP Mohandas, secretary general of IBMA, said the court order is clearly against the interest of consumers, industry and trade. “We have been consulting the Indian Institute of Packaging (IIP) about introducing bio-degradable packaging. The director told us clearly that no such technology is available in the country for biodegradable packaging of mass food products such as biscuits. We are very disappointed with the order,” he said.

Bihari Lal Sharma, executive director of Shimla-based non-profit Youth for Sustainable Development, said it is an important development. Even though the court as not clarified what it means by essential and non-essential, its directions would have far-reaching consequences in stopping indiscriminate use of plastic. “However, proper implementation of the government notification to ban plastic packaging is the key to the resolving the problem,” he said.