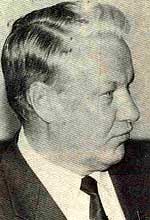 UNION minister of state for science and technology P R Kumaramangalam remains unperturbed about Washington's reported intention to ban permanently the transfer of technology to the Indian Space Research Organisation (ISRO). The US, which had earlier imposed sanctions when India and Russia announced collaboration on rocket propulsion technology, rumbled even more menacingly when Russian President Boris Yeltsin said during his recent visit to Delhi that he saw no reason to halt the supply of cryogenic rocket engines to ISRO. India and Russia have also decided to set up technical groups that would further facilitate the transfer of cryogenic technology to power ISRO's Polar Satellite Launch Vehicle (PSLV).

Kumaramangalam has denied the charge that the Indo-Russian cryogenic technology deal is a cover for the acquisition of long-range missile systems. He explained cryogenic technology is being developed specially for "fifth-stage engines which operate only in outer space". Debunking the American warning, Kumaramangalam pointed out ISRO's recent accomplishments in rocket propulsion had been achieved in spite of the existing, partial US ban on technology transfer to ISRO.

The real reason for US anxiety, Kumaramangalam argued, is that at Sriharikota, ISRO owns the "best launching site in the world due to its geographical location". This advantage, combined with an indigenous satellite launch capability, will make India a strong competitor in "future space technology markets" and this is behind US hostility towards ISRO, Kumaramangalam explained.