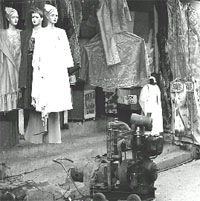 the Centre has been directed by the Delhi High Court to constitute a committee to explore alternative methods of power generation, including the use of solar energy to solve the problem of generator pollution in Delhi. Two separate public interest petitions seeking a ban on diesel-operated generators had been submitted before the division bench comprising Chief Justice Ajay Prakash Mishra and Justice Dalveer Bhandari. Ashok Aggarwal, the counsel for Aditya Kumar Choudhary the petitioner, said that generators were being used by just two per cent of the population, but the pollution caused by them affected everybody. The Union government and other concerned parties -- the Delhi Government, Municipal Corporation of Delhi, New Delhi Municipal Corporation, Central Pollution Control Board, Delhi Vidyut Board, Delhi Pollution Control Board and the Delhi Pollution Control Committee ( dpcc) -- have been ordered to take the consent of the petitioners before arriving at a solution.

The Court has also asked the dpcc to probe into cases of violation of the law wherein an individual using a generator with higher than 10 kw capacity, is required to take permission from the authorities.