Scientists fear the Mexican beetle, introduced to counter the adverse effects of a weed, may destroy the sunflower crop. 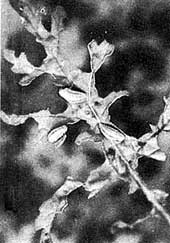 "How here he sipped, how there he plundered smug
And sucked all o'er like an industrious bug."

That's how Alexander Pope, the 18th century English satirist, referred to the exploitative tendency of some humans in his poem, The Dunciad. But his lines could well describe the nightmarish feelings of Indian agricultural experts over the parasitical impact of the industrious Mexican beetle on sunflower, one of the country's most important oilseed crops.

The beetle (Zigogramma bicolorata) was brought to India in 1983 to control the noxious weed Parthenium hysterophorus, which came to India in the 1960s along with consignments of American grain, under the PL 480 programme meant to succour Indians during repeated foodcrop failures.

Parthenium quickly became notorious, over-running cultivated fields of cereals, vegetables, oilseeds and plantation crops. It also caused skin and bronchial allergies in most people who came in contact with it. Experts concurred the only economical way to check parthenium was to let loose the Mexican beetle whose appetite for the weed was voracious. This was done after lengthy testing by the Indian Council of Agricultural Research (ICAR) verified the bug was not likely to cause any pestilence.

It is ironic, therefore, that a recent ICAR circular, signed by R L Rajak, the government's plant protection advisor, warns all state agricultural departments to desist from "mass multiplication and release" of the Mexican beetle and to immediately conduct surveys to estimate the extent to which the bug may have spread in various agricultural regions. Rajak's anxiety is because in certain circumstances, yet to be precisely determined, the Mexican beetle may venture beyond parthenium and start devouring sunflower plants, which belong to the same family.
ICAR's initial recommendation concerning the exotic bug was supported by scientists at the Indian Institute of Horticultural Research (IIHR), Bangalore. In fact, an IIHR research report in 1988 stated, "The insects (Mexican beetles) preferred to starve to death than eat anything other than parthenium."

Monitoring by Bangalore's University of Agricultural Sciences (UAS) has since revealed that within four years of its arrival in India, the beetle had not only established dominance over the parthenium, but also managed to unlock the code of genetic resistance inherent in the weed's close relatives, including the sunflower. UAS researchers A Chakravarty and N Bhat observed during laboratory experiments that adult beetles were eating, mating and laying eggs on sunflower plants. The beetle's harmful activity was also observed in sunflower plantations in Kolar and Hassan districts of Karnataka and it is now estimated the pest has spread over a region of nearly 20,000 kilometres in south India.

The potential scale of beetle damage has moved IIHR and ICAR to re-evaluate the bug's usefulness. Some ICAR scientists are using semantics to allay fears by stressing, "In controlled feeding trials, the Mexican beetle was observed to nibble and not feed extensively on sunflower seeds." They also contend that reports from Mexico, the beetle's original home, do not reveal any special fondness for sunflower even when it was planted in proximity to parthenium.

Despite this, an ICAR fact-finding committee recommended, last November, that use of the beetle should be discouraged until more definitive conclusions are reached on the spread of the beetle in India. Rajak's circular was based on this recommendation.ICAR sources confirm beetle specimens are being sent to the Smithsonian Institution in Washington, DC, for "specie-examination", which will determine whether the beetle exported from Mexico is a genuine weed-killer or merely an impostor.

Perhaps the most interesting observation on the beetle controversy is from US experts, who maintain Indian sunflowers are unable to resist the Mexican beetle invasion principally because the Karnataka plantations lack the strength of biodiversity as the Indian oilseeds programme propagates the use of only a few select sunflower strains.