China has created a 4 sq km artificial landmass in disputed waters by pouring sand over coral reefs, says commander of US Pacific fleet 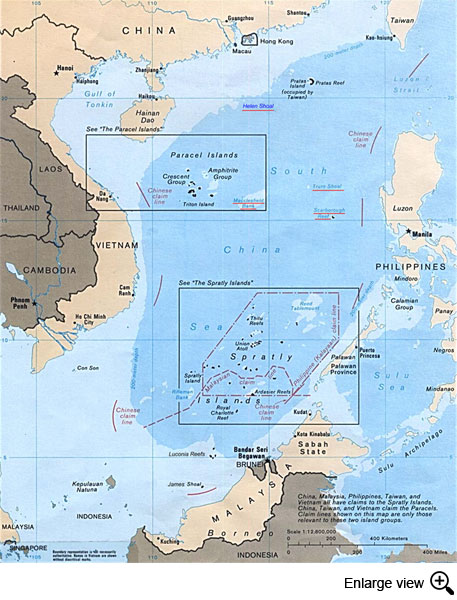 China is “creating a great wall of sand” through land reclamation in the South China Sea, the commander of the US Pacific fleet, Admiral Harry Harris Jr, told a naval conference in Australia on March 31.

According to a report published online by The Guardian, the Admiral said that contesting territorial claims by countries in the South China Sea are “increasing regional tensions and the potential for miscalculation”.

“China is building artificial land by pumping sand on to live coral reefs—some of them submerged—and paving over them with concrete. China has now created over 4 square kilometres of artificial landmass,” the report quotes him having said.

China claims almost the entire South China Sea, an area over which countries such as the Philippines, Vietnam, Malaysia, Brunei and Taiwan also claim ownership. “How China proceeds will be a key indicator of whether the region is heading toward confrontation or cooperation,” the Admiral said.

In an interaction with the media on March 8, China’s foreign minister, Wang Yi, said that China is carrying out “necessary construction on its own islands and reefs”.

“The construction does not target or affect anyone. We are not like some countries, who engage in illegal construction in another person's house. And we do not accept criticism from others when we are merely building facilities in our own yard.

We have every right to do things that are lawful and justified,” the minister said.

“Satellite images show rapid construction on various coral reefs and rocks controlled by China within the disputed Spratly Islands, including harbors, piers, helipads, buildings and potentially at least one airstrip,” says a story published by The Washington Post on April 1.