Better roads must for food security

Sound investment on infrastructure could curb hunger by 2030 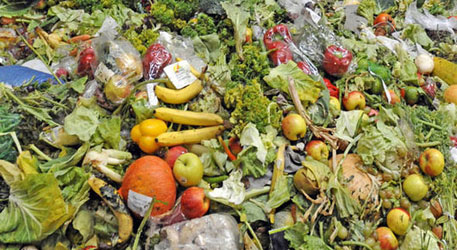 Investing in strong road and railway connections is one of the best ways to curb hunger as better roads can cut down food wastage that takes place while transporting food from the farms to markets, says a new study.

Commissioned by the Copenhagen Consensus Centre, the study estimates that investing US $239 billion over the next 15 years in building good roads and in electricity supplies to improve cold storage would yield benefits of US $3.1 trillion by safeguarding food, reports Reuters. This could curb hunger by 2030.

According to Mark Rosegrant, lead author of the study, rural infrastructure is often overlooked by governments and investors as a way to cut food wastage. Halving such losses could feed a billion people, says the news report.

The theory of food wastage, however, is different for developed and developing nations. Bjorn Lomborg, head of the Copenhagen Consensus Centre, explains that in rich nations the task is to discourage consumers from buying too much food and then throwing away large amounts uneaten, while in developing nations, waste is linked to a lack of basic infrastructure before it reaches markets. “Food can get eaten by rats in the fields or get spoiled because there is not enough cold storage,” he told Reuters.

The study is an attempt to help the United Nations set targets for 2030 to succeed the global Millennium Development Goals for 2000-15 that includes halving rates of poverty. The authors also recommend a 160 per cent rise in research to improve crop yields. The agency quotes Christopher Barrett, a reviewer at Cornell University, who considers Rosegrant’s study to be the “most serious attempt to date” to estimate how cuts in post-harvest losses could feed a rising population.