Beyond Sharing: Towards our digital futures

The battle is not about file sharing and a petty film producer wanting to rake in the box office earnings. It is about the law’s incapacity to deal with post-analogue practices and processes 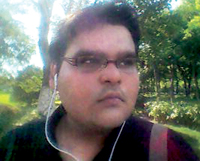 Unless you have been hiding under an analogue rock, wearing a tin-foil hat and staying away from electricity, chances are you have heard about the recent court order that bans access to a massive number of file-sharing websites from India. A John Doe order by the Madras High Court, following a complaint by the producers of the movie 3, has meant Internet Service Providers across the country have had to deny access to a number of websites that have been listed as providing free access to copyrighted material. In an attempt to ensure box-office collections for their movie, whose claim to fame, ironically, is the viral ‘Kolaveri Di’ song that had captured the country’s pulse last year, the producers have now denied access to something that is the basic function of anybody immersed in Web 2.0 environments–sharing of information.

Much has been written about this ban. The battlelines are clearly drawn and from both sides we have strong arguments being made for and against piracy. Various media and culture industry people are supporting this ban, recounting losses that they have made because of people accessing pirated material online. Hacker and civil liberties groups are decrying this heavy censorship, providing numerous instances of how piracy has actually helped cultural productions gain more fame and money than they would have otherwise. There are yet others, who, while they respect the rights of the right-holders to protect themselves against copyright infringement, are furious that this blanket ban also disallows them to access material which was under a public license and material that they had produced and shared through these networks.

International Hacker groups like Anonymous are mobilising people in large numbers to come to the streets as a sign of protest against such draconian measures.

Most of these debates eventually are at loggerheads, with each side becoming louder and shriller, their positions attaining cult-like devotion and faith. In this cacophony there are some other points which get missed out. This issuance of the John Doe order has betrayed some startling flaws in how the Internet is governed in India and the alarming implications it has to the future of free, open and inclusive information societies.

One thing that this court order has made excruciatingly clear is how the Internet is not the utopian space of exchange, collaboration, crowd sourcing and sharing it was meant to be. Despite the government’s own investments in building digital infrastructure, and its rhetoric of becoming more accountable, transparent and accessible by granting digital access to the citizens, it is obvious that this is still a space that is looked at with great suspicion.

It comes as a shock to many of us that a high court issued an order which does not only impinge on freedom of speech and expression, but also fails to understand the nature of the Internet. In all reality, this ban is a farce. Everybody who has been used to the shared cultures of the online world, has found proxy servers and Internet anonymisers which allow them to hide their identity and continue with their everyday practice online. The cool kids are already doing this anyway. All we have is a stark realisation that the state might be investing heavily in digital technologies but it still has not been able to get out of the centralised broadcast ways of thinking about it.

All sharing is not piracy. Some of it is just actually sharing. All debates seem to centre only around the copyrighted material being accessed through the file sharing websites. It is a concern which is legitimate. What about all the material that is in the public domain, in the commons and available for free? The user generated content, content which might not have direct economic value but is valuable to the people who created and shared it, is also now inaccessible. In order to protect some people from piracy we have also violated the rights of many more to share. And that is a distinction that is worth preserving, as we increasingly move into becoming an information society.

In the Web 2.0 world, we are all producers of data. We not only leave traces but also put out material of cultural significance–from videos of dancing babies to knowledge that we want to share–through these peer-2-peer networks. A sudden collapse of this infrastructure almost seems to show how it is only the money-making material that is important to the state and not the other.

There is not going to be a clear, correct position in this case against file-sharing. The legal technicalities will always be hollow in the face of ideologies of openness and inclusion. The moral indignation will always be countered by facts and numbers. But in the middle of all the fights and discussions, it is also good to pay attention to what is at stake. This battle is not merely about file sharing, though there is nothing “mere” about file sharing. This battle is not about a petty film producer wanting to rake in the box office earnings. This battle is about the law’s incapacity to deal with post-analogue practices and processes.

The way we resolve these differences is going to determine the future of what it means to be public, open, free, and inclusive. Those of us who are fighting to get the word out, are not doing it only because the access to our favourite cultural products has become cumbersome, but because scared that this might well be the beginning of the end of all that we had dreamt of our digital futures.