First ever amendment to a WTO agreement 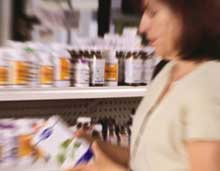 The World Trade Organisation's (WTO) General Council has made a permanent amendment to the Trade-Related Aspects of Intellectual Property Rights (TRIPS) agreement. The December 6, 2005 decision allows countries to manufacture generic medicines especially for export. However, aid organisations say the amendment is flawed.

Under the old TRIPS agreement, countries could manufacture generic versions of patented drugs in case of a domestic public health emergency. However, it was illegal for companies to produce and export drugs to specifically meet foreign public health needs. In August 2003, a temporary 'waiver' allowed companies to do so with certain restrictions, until a permanent amendment could be agreed upon.

In December 2004, Nigeria, on behalf of African countries, proposed an amendment but it was rejected. Developed countries saw the proposal as diluting the waiver's conditions which deterred generics from illegally entering markets in developed countries. The waiver required special packaging or colouring of drugs and also specified which countries could import and export. However, the African group finally conceded to the new agreement that incorporates the terms of the waiver.

The waiver was criticised because it has never been successfully used to import drugs. Medecins Sans Frontieres (MSF), a Geneva-based organisation that provides medical aid said in a press release, "The amendment has made permanent a burdensome drug-by-drug, country-by-country decision-making process." It added, "The amendment does not allow procurement of medicines through international tendering, the most common and efficient way of purchasing drugs."

This is the first amendment to any WTO agreement since they came into effect. It is subject to ratification by a two-thirds of the 148 WTO member countries by December 2007.