Big tobacco comes under the hammer

A Miami jury slams unprecedented punitive damages on tobacco companies, who will appeal the verdict 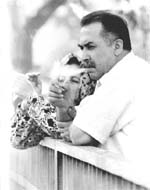 After a marathon trial that went on for two years, a jury in Miami, Florida, ordered major US companies to pay US $145 billion in punitive damages for injuring hundreds of thousands of smokers. The verdict has dwarfed other damages verdicts in the US, including the US $5 billion that Exxon Valdez was ordered to pay by a federal jury in 1994 for the worst ever oil spill in the history of the US in Alaska in 1989. Called the Engle class action suit after Howard Engle, a Miami paediatrician with emphysema, the case was filed in 1994.

The damages include about US $74 billion against a subsidiary of Philip Morris, the largest cigarette maker in the world and the owner of Marlboro, the most valuable cigarette brand in the world. The jury ordered Reynolds, the owner of brands like Camel, to pay US $36.28 billion. However, no immediate impact is expected on the cigarette companies, following claims that they would spend years appealing the verdict.

The lead lawyer of Philip Morris, said the companies would be litigating the individual claims of the sick smokers for many years and were unlikely to pay anything for the next 75 years. The lawyer, Dan Webb, was quoted in a Reuters report as saying: "The verdict cannot become final for decades, until after the trials of several hundreds of thousands of class members have been completed." Addressing a press conference, a Reynolds representative was confident that the judgement would be overturned on appeal and said the company plans to file an appeal at the "appropriate time".