The state has maximum surpluspower in the country 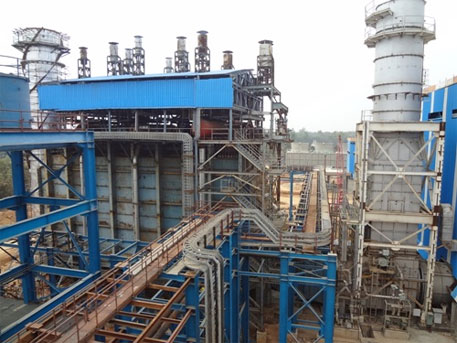 Northeast India’s biggest solar power plant has generated optimum power on February 8, after five days of commissioning. The plant at is situated at Monarchakin Tripura and is run by the Northeast Electric Power Corporation (NEEPCO).

“The 5 MWsolar plantthat was commissioned on February 2 would be feeding to the grid of Tripura State Electricity Corporation Ltd (TSECL) at the cost of Rs 7 per unit,” said Monarchak project head S R Biswas.According to him, NEEPCO,under Clean Development Mechanism (CDM),is embarking a plan to generate at least 1500 MW power from non-conventional sources of energy, especially by tapping solar power and wind in the region by 2020.

NEEPCO has invested Rs 40croreinto the project, including an additional 10 hectare plot of land where upcoming 101 MW gas-based thermal power project had been launched in 2001.

“As many as 23,616 solar modules are being erected to tap the sunlight in the plant, which will be able to generate power round the year,” Biswasadded. Besides this, NEEPCO has also prepared a detailed project report for another 5 MW solar plant at Hujai-Lanka of Assam and 2 MW capacity windmill in northern Arunachal Pradesh.

“However, power generation in 101MW Monarchak plant has not yet been started because of inadequate and proper gas supply from Oil and Natural Gas Corporation,”Biswas stated.He further informed that on February 1, ONGC had pumped gas into 10.7 km pipeline from Khedabari to Monarchak plant but has not been able to ensure the clean flow of gas yet.

NEEPCO has already commissioned its 51 MW combined cycle extension project using the heat energy that is released from the present plant at Agartala Gas Thermal Project (AGTP) to add to the generation of the existing 84 MW project.

Another feather in Tripura’s cap

After formal commissioning of 726.6 MW gas-based combine cycle power project at Palatana in Tripura, the state has already become the highest power surplus state in India. Tripura is expected to get another 101 MW plant at Monarchak soon. What adds to the state’s power surplus is that in absence of any big industry, the peak hour demand of power during May to October is 260 MW and November to April around 200 MW.

Palatana is one of the biggest CDM projects in the world, which is targeted to fetch 16 million ton carbon credits in next decade to the India’s green house gas emission accounts of India.