Consumption of milk or food laced with Oxytocin can reduce heart rate, damage brain and cause seizures in foetus in humans 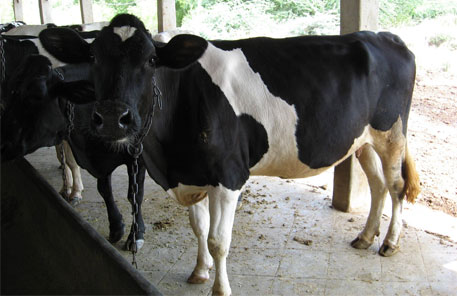 The Bihar State Health Society (BSHS) has imposed an immediate ban on over-the-counter sale of Oxytocin injections. Dairy farmers use Oxytocin to increase milk in pregnant cows. These injections are illegally manufactured in some parts of the state.

Sanjay Kumar Singh, executive director of BSHS told Down To Earth that drug inspectors in the state had been reporting presence of large stocks of Oxytocin in almost all districts. “There were frequent complaints that cows and buffaloes were injected with Oxytocin for milk,” Singh said, adding that the injection is also used frequently to ripen fruits and vegetables.

Milk or food laced with Oxytocin affects human beings in many ways. It can lead to decreased heart rate, brain damage and seizures in foetus. It can also cause low blood pressure and uterine rupture.

BSHS, in its notification banning Oxytocin injection, mentions that the injection is available in all veterinary colleges and hospitals in the state. Till now, Bihar has not recorded sale of Oxytocin injections. “All pharmaceutical shops would now have to submit its stock status,” says Singh.

All 56 drug inspectors in the state have been instructed to launch a special drive to raid dairy farmers and vegetable sellers who illegally use the injections. They have also been instructed to raid illegal Oxytocin manufacturers.