Kaimur district administration urges around 400,000 above poverty line households to donate Rs 10 each 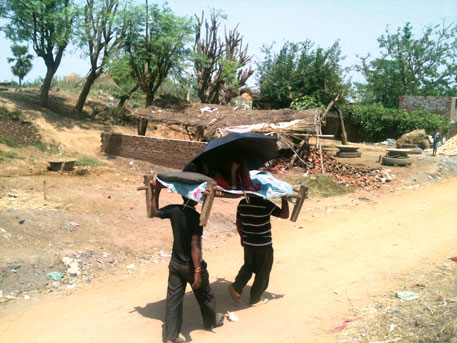 Government authorities in Kaimur district of Bihar have launched an innovative healthcare scheme involving community participation. It has issued coupons of Rs 10 for treatment of poor patients who need emergency medical care. The money for the coupons come from voluntary donations.

Arvind Kumar Singh, district magistrate who has prepared the blueprint of the scheme, told Down To Earth that above poverty line families are being urged to voluntarily donate Rs 10 for below poverty line patients who cannot afford expensive medical care facilities.

He elaborated that scheme fills in policy gaps and also brings the community together. “The purpose of the scheme is to provide immediate relief in cases of emergency situations for which there are negligible government schemes for poor patients,” he said.

He said that for diseases like cancer, AIDS, or kidney ailments there are government schemes that take care of a patient falling in below poverty line category. But in cases of emergencies like fire, accidents and building collapse there are no such schemes.

The district administration has collected nearly Rs 80,000 from the scheme. It used a part of the money to pay the expense for treatment of 18 severely injured people who became victims of a building collapse in Khaira village in Bhabua block of the district.

These victims were rushed to the nearby hospital in Varanasi.

How scheme was shaped

District administration has used bylaws of Red Cross Society (RCS) for creating this fund. In every district, the district magistrate is the chairperson of RCS that empowers him to collect voluntary donations for welfare of local population.
The fund collected by RCS goes through audits and clearances. The fund utilisation or sanction by RCS needs nod of only one person—the district magistrate.

“We do not have to go through lengthy processes of moving files to get sanction from the health department. And in case of emergency there is need for immediate action,” he said.

The district administration is targeting around 400,000 households in the district that have been urged to donate Rs 10.  The tagline for the scheme is: “Dus Rupaiye ka daan bachaye ek jaan” (Rs 10 can save a life).

“The corpus fund aims at generating Rs 40 lakh. In the first phase, we are planning to collect Rs 20 lakhs” Singh said. The fund collection drive would be completed in a period of six months,” said Amarendra Sahahi, senior deputy collector, disaster.

The Kaimur DM also pointed out that the scheme is generating huge response not only from within the district but also from other states. “A person from Tamil Nadu has sent a postal order of Rs 52 as a contribution towards the fund,” he said.

He further added that information about the scheme’s benefits would be made online at the end of each year. This is to let the donors know how their contribution is helping victims in need of medicare.