The state accounts for 80 per cent of Kala-azar cases in India, a potentially fatal disease caused by the bite of sand flies 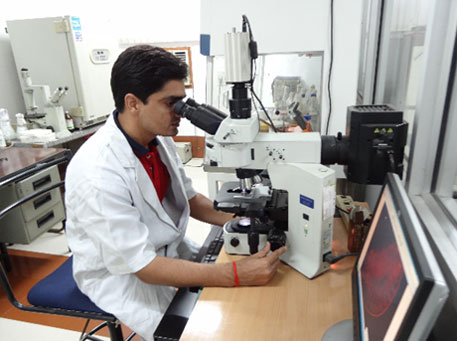 According to a survey conducted by the institute, around 13 per cent of patients in Bihar suffer from tropical diseases. Tropical diseases prevalent in developing countries include visceral leishmaniasis or kala-azar, lymphatic filariasis that leads to elephantiasis, leprosy, dengue fever, rabies and soil-transmitted helminths.

Bihar alone accounts for 80 per cent of all Kala-azar cases in India. Director of RMRIMS, P K Das, said, “Keeping in view the high prevalence of tropical diseases in the state, it was imperative to start a dedicated centre to control the disease.”

The NTDC will have 120 scientists and will conduct research on an array of tropical diseases, including leprosy, kala-azar and tuberculosis. The institute had, earlier this year, launched a simplified pathological testing kit that used sputum, instead of blood samples, to detect kala-azar.

The institute has invited Prime Minister Narendra Modi to inaugurate the centre. The prime minister’s office has, however, not confirmed the dates of his visit.

India is a signatory to the London Declaration of 2012 and has joined other member nations at the World Health Assembly this year to adopt a resolution for controlling, eliminating and eradicating 17 identified NTDs.