Bihar, touted as India’s fastest growing state under Nitish Kumar rule, has thrown up a startling mandate and shown faith in BJP. The Bihar development model, evolved by JD(U) and compared with models of development in Gujarat, failed to win votes for Nitish. Was the development model in Bihar for real, or was it just project on papers? 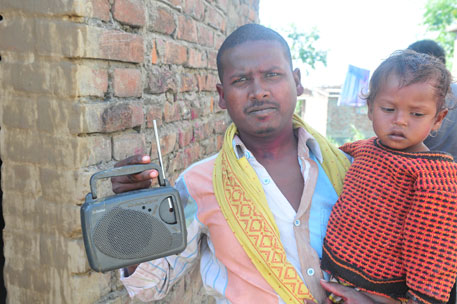 The most expensive electronic equipment that Gariban Manjhi owns is a broken Phillips radio. Manjhi lives in Kharrudinchak village of Punpun block, barely 20 km from Patna. He was given the radio, like scores of extremely poor families in the state, under the Mahadalit Vikas Scheme. Every morning, Manjhi took the radio along while going to defecate in the fringe of the village. One morning the radio battery got discharged. After this, the radio was given away to children to play with. The battery cost more than his daily income.

When Nitish came to power in 2005, he chalked out policies without getting the basics clear. He worked hard to entice industries in the state to boost the dismal economy. But despite a series of invitations, no significant investment was made during his rule. Industrialists did flock to Bihar for lunches with the chief minister and bureaucrats, but they also hinted that industries run on power and power scenario in the state is dismal. Till date, the State Investment Promotion Board has approved 1,441 projects, but only 191 of them have been established. It is difficult to find how many out of these 191 are actually functioning.

In a state with 89 per cent rural population and 76 per cent directly dependent on agriculture, Nitish promoted industrialisation instead of implementing land reforms, says Choudhary. After a few years though, he did turn his attention to the agriculture sector by announcing rainbow revolution. The revolution focused agriculture, dairy, fisheries and the allied sector. 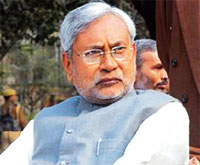 But then again, he did not go down to the basics. “Before announcing the rainbow revolution, did we solve the problem of 40 per cent of the agriculture area being drought-prone, and another 40 per cent being flood-prone?” asks Choudhary. What’s more, these high sounding policies have not even started, he adds.

Under the rainbow revolution, Nitish announced a dedicated grid of 155 MW for agriculture. Despite critics’ scathing attack on BDM, the state witnessed a record increase in the production of rice—from around 5.7 million tonnes in 2008-09 to around 8.3 million tonnes in 2012-13. According to the economic survey report of 2013-14, agriculture and animal husbandry sector grew to 5.9 per cent during 2006-13 against three per cent during 1999-06.

But the growth has not trickled down to people like Manjhi who are still poor and lack even basic amenities like toilets, drinking water and regular employment.

Manjhi’s family still depends on traditional employment. His mother Phulwa Devi and wife Ramauti Devi travel around 5 km to work in the fields of big landholders. For the last few weeks, Manjhi has been is plucking masoor dal (lentil). He, along with his mother and wife, picks 17 bundles of masoor dal plant in a week. What he gets in return is just one bundle of masoor dal plants. From this, he is able to chaff out 10 to 15 kg of pulses. He takes it to the local grocery shop where he exchanges a portion of pulses for rice and sells the rest. He gets Rs 35 for one kg. His family earns Rs 400 to 500 in a week.

Amid a plethora of schemes that provide free seeds, agriculture equipment and diesel subsidy, it is intriguing why daily wage farm workers are still poor. “We were poor in Lalu’s regime and are poor in Nitish’s regime as well,” says Manjhi.

“In Bihar, the rich are getting richer and poor poorer,” says Choudhary. “The number of farmers with land rights are limited, but landless farmers are in huge numbers,” he says. The benefits of the schemes are reaped by the rich who own lands and are the real beneficiaries of BDM.

For a state to function there needs to be a functioning administrative system, says Gupta. “One of the major challenges in implementing the development model was to check corruption and crime plaguing the state.”

In his first term, Nitish took the initiative to start holding trials of MLAs and MPs who were tainted as musclemen. Fast track courts were set up to prosecute criminals who were earlier roaming free. Nearly 83,000 cases were resolved through fast-track courts. Nitish tried to overhaul the administrative system through which he made crucial policy changes.

One of the major administrative reforms, says Vijay Prakash, secretary, planning and development department, was to give senior bureaucrats the power to sanction development funds up to Rs 20 crores.

In a bid to ensure effective functioning of the administration, the chief minister started giving phone numbers of department secretaries to the public during his rallies.

Another major policy change was universalisation of schemes like free students’ uniforms, free cycles and other entitlements like scholarships. “This was a step forward for inclusion and for tackling corruption,” Prakash adds. The state stopped making direct purchases of cycles or uniforms. Instead, it started giving cash to beneficiaries. This was done to curb corruption.

However, the slew of measures included in BDM could not work out as per Nitish’s expectations. He then constituted the country’s first Economic Offence Unit (EOU) to control corruption. Measures like attachment of properties of corrupt officials were introduced. Scores of raids were carried out to nab corrupt officials.

But the reign of corruption ruled in the state despite Nitish’s tough reforms. Bihar adopted a bank-induced growth agenda that “increased dependence of the Nitish Kumar regime on a bureaucracy which has gone back to its high-handed corrupted ways of olden days. Lacking in terms of organisational strength and presence as well as political will, the state party in power remains unable to keep the lower bureaucracy under check and to make it accountable,” Ashutosh Kumar, researcher in the department of political science in Punjab University, Chandigarh, has written in his research paper titled ‘Development Focus and Electoral Success at State Level: Nitish Kumar as Bihar’s Leader’ published in the journal South Asia Research.

The state witnessed a series of scams during Nitish’s regime. These include enrolment scam in schools, solar light scam, Janani Suraksha scam and Railway Recruitment Board. The Jankaari initiative for RTI has gory aspects in which a series of RTI activists were murdered and scores harassed.

Ashutosh says, “The mall and parlour culture based on unbridled consumerism is replacing the authentic mass culture that eschewed vulgar show of wealth in urban Bihar, especially Patna. Now, pubs and liquor shops are coming up all over Bihar due to a liberal licence policy.”

Chowdhary explains that in a state where industrialisation is the lowest in the country and agriculture sector deplorable due to lack of land reforms, the only mega revenue generator is alcohol. “Excise revenue has gone up to Rs 2,765 crore in 2012-13 from Rs 525 crore in 2007-08. This sector has registered 40 per cent annual growth,” he says.

The song of Special Status

Why is Nitish out with a begging bowl to seek Rs 20,000 crore for the state as part of Special Status? asks Choudhary. “The state has the highest growth rate. If every sector is growing, why beg for money?” He then presents data. He challenges the growth figures of the Bihar government and claims that the bureaucrats fudge data. Even NSSO data is not a clear indicator. “The state government provides the data to NSSO. I openly challenge veracity of growth figures,” he says.

Amid claims and counterclaims on BDM, Manjhi still defecates in the open, his family works from dawn to dusk to earn one square meal a day. His children keep the radio close to their ear hoping that songs start to play.

When Nitish took to the road for campaigning in parliamentary elections, it was a chance for people like Manjhi to show to their strength. In a boisterous speech, Nitish churned out data and figures of development in the state. But the electorate, who had not felt the change, responded by throwing slippers and stones at him.

The mistake of Nitish to break away from the BJP coalition was the final blow. BJP leaders exposed Nitish’s development model, which was only on paper, among the electorate.
Earlier, the people of Bihar had voted for Nitish after feeling cheated by Lalu Prasad Yadav. But in Nitish’s regime, people again felt cheated as the crime rate and scams increased amid the chief minister’s tall claims of setting the state free of crime.

In 2009, the Nitish-led JD(U) had won 20 seats. In the current parliamentary election, his party won only one seat. On the second seat, it was leading till the time of filing of report. The people of Bihar have voted for change with a decisive mandate to the BJP which has won with 20 seats and is leading in 12.