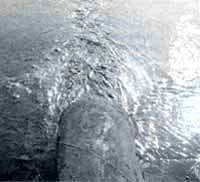 Not content with chemical methods of assessing the impact of pollution on a river's ecosystem, the Central Pollution Control Board (CPCB) has intensified its efforts to develop a method that uses bioindicators for the purpose.

A project aimed at developing a universal biomonitoring methodology to study all the river systems in the country has already completed a survey of the Yamuna river in Delhi, Tungabhadra in Karnataka and Cheriyar in Kerala. It has now been extended to river Damodar in Bihar. The project, an Indo Dutch collaboration, will be executed by the CPCB along with the Zoological Survey of India (ZSI) to identify aquatic microorganisms which indicate the state of riverine pollution.

Says K Venkataraman of the ZSI, "We identify and attribute scores to the organisms on the basis of their sensitivity to pollution. The highly sensitive organisms will not survive in polluted water. Their occurrence will indicate clear water." For instance, the presence of Mayfly nymphs in flowing water indicates almost 100 per cent purity. On the other hand there are other organisms such as Chyronomous larvae which can thrive only in polluted water.

CPCB officials say that because nearly 80 per cent of pollution in Indian rivers is of bacteriological origin, routine chemical tests such as those measuring the chemical oxygen demand are inadequate to indicate the profile of pollutants. "Chemical methods will only help in detecting pollution but biomonitoring will help to understand its impact on the ecosystem," explains Venkataraman.

Studies so far have confirmed highly polluted stretches along the urban and industrial belts. Says one CPCB official, "The Yamuna near Delhi has been found in such a degraded state that only worms with very low sensitivity to pollution could be detected."