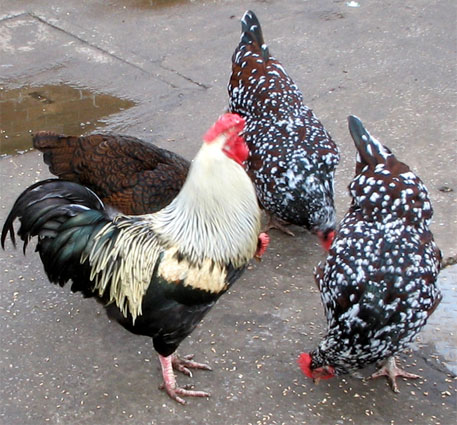 Close on the heels of a bird flu outbreak in Kerala, there is report of an outbreak of the disease in Sukhna Lake in Chandigarh, where scores of ducks and geese were found dead. The lake was cordoned off for visitors as officials started culling operations last week, according to news reports.

A highly pathogenic avian influenza virus of type A of subtype H5N1 has been identified as the cause of the flu. This virus has been confirmed in one of the 30 domesticated ducks that died at the Sukhna Lake. The test results came in after the samples were tested at India's leading research station, the National Institute of High Security Animal Diseases, Bhopal. The warning about the virus being highly pathogenic came from Rajbir Singh Rana, joint secretary for Department of Animal Husbandry, Dairying and Fisheries in the Union agriculture ministry when he wrote about it to the Central Poultry Development Organization, Northern Region, Chandigarh, on December 16.

A risk factor for contracting the virus is handling of infected poultry, which means that it can spread from birds to humans. The only suggested solution of the World Health Organization is culling of the geese and poultry within a kilometre radius of the outbreak spot.The guidelines issued by WHO also say that people and birds within a kilometre radius of outbreak spot are at very high risk.

The lake and its surrounding areas have been quarantined and movement of ducks and geese in it has been restricted to curb the spread of bird flu in the city. No government personnel or doctor is allowed to go to the island without mask and gloves. The Union government, on December 18, allowed the Chandigarh administration to cull approximately 110 geese on the island in the middle of the lake and the process went on till mid-night.

One of the workers involved in the process of culling has been admitted to a Panchkula hospital with symptoms similar to avian influenza. As a precautionary measure, the Uttar Pradesh government has banned the import of all forms of poultry from other states, according to media reports.
In India, H5N1 outbreaks were first recorded in 2006, reaching a total of 86 outbreaks by 2012.