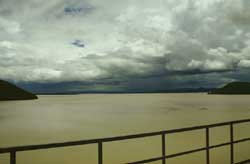 current avian flu viral strains may lack the ability to trigger a human pandemic, claims a team of researchers.

Led by Taronna Maines from the Centers for Disease Control (cdc) in the us, the scientists genetically engineered viruses containing genes from both the h5n1 avian flu strain and a human flu virus. The transgenic viruses were then tested on ferrets -- mammals that are susceptible to both human and avian flu virus. The scientists found ferrets infected with the transgenic virus did not transmit the disease to others kept in close proximity.

Three conditions are required to ignite a pandemic: a new virus that has surface proteins that human beings don't have antibodies to (and thus are susceptible to); a virus that can cause infection and disease; and a virus that can be easily transmitted from one person to another.The avian flu outbreaks since 1997 met the first two conditions, triggering global panic. But till date, the virus has killed around 130 people. In contrast, a pandemic like the 1918 Spanish flu killed millions.

However, cdc director Julie Gerberding said the findings do not completely rule out the possibility of h5 n1 turning into a pandemic strain. "Flu is always unpredictable... there are many other combinations and subtle changes that the virus itself could make," she says. The paper was published online in the Proceedings of the National Academy of Sciences on July 31.

The cdc scientists, who worked with collaborators from Spain, Indonesia and Vietnam, engineered flu viruses that contained different combinations of genes from an h5n1 virus recovered in 1997 and h3n2, a human flu virus.

There are 56 potential combinations of the two viruses, though the scientists only tried to engineer about a half dozen that they felt were likely to be the most harmful. They said trying out all 56 combinations would have meant several years of work.