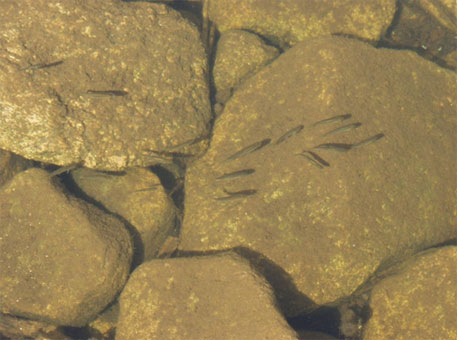 Birth control pills have adverse effects on aquatic wildlife, according to a research conducted by International Institute for Sustainable Development-Experimental Lakes Area (IISD-ELA) and University of New Brunswick.

The study is one of the examples of whole-ecosystem experimentation that is possible at IISD-ELA, a research facility in Northwestern Ontario, Canada that comprises 58 small lakes and their watersheds.

Synthetic estrogen, found in the birth control pill, has negative effect on the reproductive cycle of fathead minnow and led to a near extinction of the population.
The estrogens can enter aquatic ecosystem via municipal effluents and various sources such as urine from females. In more severe cases, estrogen induces male fish to develop eggs. Many feminized male fish have been found in rivers in North America, according to the study.

Finding it surprising when the population of fathead minnow collapsed shortly after whole lake study started, Karen Kidd of University of New Brunswick was quoted as saying, “The minnows were very sensitive to low concentrations of this synthetic estrogen.”

Kidd, also the study’s lead author, said, “The big drop in minnow numbers affected other aquatic life in the lake because the main food supply had disappeared for the bigger fish and aquatic insects were no longer being eaten by the minnows. This was another surprise and suggests greater impacts of estrogen discharges to surface waters than we previously thought.”