Over sweeteners in soft drinks 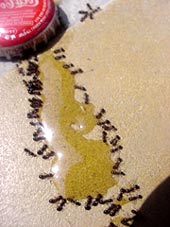 there's trouble brewing in the us for soft-drink giants Coca-Cola Company and PepsiCo, along with some other companies. Several lawsuits have been filed against them in the country over the use of the artificial sweeteners, aspartame and saccharin, in their products. Aspartame is said to be a neurotoxin. The us government had declared saccharin an anticipated human carcinogen in 1981, but gave it a clean chit in 2000.

The first lawsuit was filed against Coca-Cola in Miami in March 2004. It accuses the company of mixing the less expensive saccharin with aspartame in the Diet Coke sold at soda fountains, while the bottled and canned versions contain only aspartame.

But Coca-Cola spokesperson Dan Schafer said saccharin was not used for "money reasons", but because it stabilised the fountain syrup. Similar lawsuits have been filed in Illinois and California, he revealed.

Aspartame has also been fiercely attacked. Lawsuits were filed against 12 companies, including Coca-Cola and PepsiCo, in three California courts in April 2004 for producing or using aspartame in their products. aspartame allegedly causes memory and vision loss, coma, cancer and several other ailments and can even trigger sudden death.

It is noteworthy that in India, the use of artificial sweeteners -- most of which contain aspartame -- is permitted for many food items.