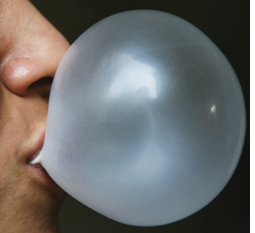 It's established that an artificial sweetener is 200 times sweeter than sugar. It is there is in the everyday food we consume--soft drinks, chewing gums, biscuits, breads and sweets such as laddoo, Mysore pak and halwa. Although the sweetener--acesulfame-k--was manufactured in the 1960s, there is very little information still on its effect on human health.

The sweetener use is allowed in India under the Prevention of Food Adulteration Rules, 2004, with acceptable levels varying between 600 parts per million (ppm) and 1,000 ppm. The Union Ministry of Health and Family Welfare allowed it in cereal-based beverages, like Horlicks, in 2006.

The sweetener is also recognized in the US and Europe. The us Food and Drug Administration (fda)declared it "safe" in dry foods in 1988.The sweetener was permitted in soft drinks 10 years later. However, FDA did not carry out detailed scientific evaluations of the chemical. It only referred to the data of Netherlands-based Hoechst, the original manufacturer of the artificial sweetener. The data FDA reviewed did not match its own safety criteria but even then the chemical was approved.

Centre for Science in Public Interest, a us -based ngo,has been demanding a ban on the product ever since. In 1996, it asked USFDA to test the chemical under its National Toxicology Program (ntp). The US agency carried out the study only in 2005. It tested the chemical in genetically modified mice and declared it "safe". NGO officials maintain that the "artificial" model is not valid. They say that the FDA should have used the longer bioassay method to test the chemical's safety.

In 2006, Myra Karstadt of Drexel University School of Public Health, Philadelphia, sent a new nomination for testing acesulfame to ntp . She said safety studies should be carried out on the chemical again because it is replacing another commonly used sweetener called aspartame, which has been proved to be highly carcinogenic.

In India too, acesulfame-k is present in many food items without the required tests. PubMed, a database of medical journals, shows two studies on the chemical in India. One, in 1997, showed the chemical causing aberrations in the bone marrow cells of mice which were fed with acesulfame-k even within permissible limits. The researchers said it should be used with caution. The same team, in 2000, however, said that a mix of the sweetener with aspartame, is not harmful. The studies were incidentally carried out by the Botany Department, Centre for Advanced Studies on Cell and Chromosome Research, Calcutta University.