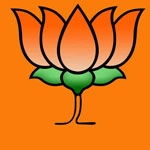 From checking the prices of vegetables by setting up more cold storages to cutting the cost of electricity, to plans to ease pedestrian traffic in the city, the Bhartiya Janata Party or BJP's 16-page election manifesto for Delhi ahead of state Assembly polls is high on promises. Party workers and leaders urge that constituency manifestos are something that voters should watch out for.

“All the 70 constituencies will have their own manifestos, which will help the voters understand their candidate well,” says media coordinator, Ravi Gupta. (Arvind Kejriwal's Aam Aadmi Party has accused BJP of lifting their idea of a separate manifesto for each Assembly constituency).

The 16-page manifesto of BJP, which spells out the agenda to be pursued by the party if elected to power, has divided the key issues pertaining to Delhi under 15 different heads. The manifesto puts great emphasis on reducing the cost of electricity and drinking water and developing transport infrastructure to improve the quality of life in the city. The manifesto also promises development of rural-urban villages within and on the outskirts of Delhi.

The party’s views on health are considered a big plus point as the BJP's chief ministerial candidate, Harsh Vardhan, in his previous stint as the health minister is claimed to have visibly improved the health indicators of the city. The health section of the manifesto seems to be continuation of Vardhan’s earlier policies. The manifesto claims that Vardhan brought the World Health Organisation’s 25 essential drugs policy to India. In the new manifesto, BJP plans to introduce this policy to other systems of medicines, such as homeopathy and ayurveda. However, the manifesto also calls for extending universal health insurance to the residents of Delhi. The party does not spell out how it will implement this with the rising cost of medical treatment.

The party promises a 30 per cent cut in electricity bills for the city. “Reduction of 30 per cent power tariff is possible by promoting competition between distribution companies (discoms),” states the party manifesto. The party claims that if even the reduction of the transmission and distribution losses is brought down by one per cent, the discoms make annual savings of Rs 700 to Rs 800 crore. Vardhan, who is also convener of the manifesto committee for Delhi, says BJP will strive to reduce power tariff in newly authorised colonies and rehabilitation colonies.

In order to avoid any discrepancy in power supply, the manifesto states that discoms will be brought under the Comptroller Auditor General of India’s; the party also plans to bring them under the Right To Information Act. The BJP manifesto promises to make Delhi the future solar energy capital of India. While roof-top solar electricity generation in India is still in a nascent stage, the manifesto promises that government funds would be made available to government as well as privately-owned buildings to develop solar power generation from roof-tops. Besides this, the manifesto also proposes 10 year tax holiday for solar power equipment manufacturers in the city.

Unlike Aam Aadmi Party’s promise of supplying 700 litres per day of water free every day, BJP manifesto states that first priority would be modernisation of the water distribution structure in the city. The manifesto also promises to rationalise power tariffs levied on various resident water associations (RWA) for supplying water to various parts of the city. The manifesto also promises government assistance on rainwater harvesting. “Recycling plants for non-consumptive water shall be encouraged in new constructions, big colonies and hotels. The treated water shall be used in parks, toilets and industry,” promises the manifesto. At the same time, it proposes to revive groundwater extraction by lifting the ban of tube wells.

For a pollution free Yamuna

The manifesto also has a separate section for restoring the Yamuna river and making it completely free of pollution. BJP calls for the creation of Delhi Yamuna Development Authority, but the manifesto gives contradictory signals. On one hand it promises that land won't be taken from farmers cultivating on the Yamuna khadar or floodplains, but on the other, it plans to develop both the banks of the river for tourism and recreational purposes.

For transportation, the BJP Delhi has yet again revived its long-standing plan for modernising the Ring Railway network, among other measures. Ring railway, which still caters to a large number of people commuting to and from the city to the larger rural NCR, is being neglected by the government, say BJP party leaders. Among other measures, the manifesto promises a monorail metro system parallel to the existing Delhi Metro rail services.

However, the manifesto and BJP leaders are silent on how another metro rail project, although small, could ease traffic. Similarly, the party does not have any clear view how, as proposed in the manifesto, it will increase the Metro rail capacity in densely populated areas by providing multi-level metro trains.

The party also plans to extend smart cards, now used only in Delhi Metro, to other modes of transport within the city. However, with at least four separate departments under different ministries of state and Central government involved, bringing the smart card to provide seamless public transport will be a cumbersome task.

The party has announced that modern infrastructure would be in place for pedestrians and cyclists across the city roads, and that free cycles will be given to newspaper hawkers. A centralised traffic plan for the city, with a demand for quick completion of Eastern and Western Express Highway to divert traffic not bound for Delhi, also finds mention in the manifesto. Similarly, the party calls for creating a parking plan for Delhi, curiously with the help of international experts. Although the party has proposed a multi-level underground parking for various areas, it does not specify if these parking areas would be located in commercial areas or residential areas.

While in June 2013, the ruling Congress government extended the Lal Dora demarcation around rural and urban villages with relaxed norms for construction and commercial activities, BJP in its manifesto calls for further extension of Lal Dora. Earlier in June, after Delhi chief minister Sheila Dixit announced the expansion of Lal Dora, BJP leader Vijay Goel rubbished the move as a poll gimmick. BJP has been demanding consolidation of land or chakbandi which would lead to further extension of the Lal Dora. In the manifesto, BJP promises resumption of chakbandi, while it has promised amendment in Delhi Land Reforms Act by setting up a Board for Rural Development. The manifesto also promises it would secure gram sabha land to serve rural and environmental interests.

No clear roadmap for environment

Under the environment head, BJP tends to address key problem of pollution in a general manner. Apart from mentioning a plan to study cases related to lead poisoning in children in Delhi in its manifesto, the party does not have a roadmap to address issues related to pollution. For public safety, it has promised a special department. However, the manifesto does not offer a clear cut definition for the proposed department. The manifesto states that the department would look into food safety, workplace safety, fire safety, product safety and home safety. For greening the city with tree plantations, it has proposed flower cultivation. It also promises that orchid cultivation would be encouraged to generate income. This is in spite of the fact that orchid cultivation could be only undertaken in specific climatic zones.