Black curse of the Kali river 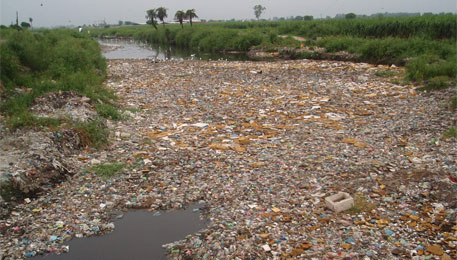 Villages located along the banks of a river are considered blessed, with assured access to water for drinking and irrigation. But not those situated on the banks of the Kali, named after a goddess. The reverence though is anachronistic to village residents since the river is, in fact, black and sludge like, due to the incessant discharge of untreated wastewater. More than 1,200 villages are situated on or near the banks of the river, but the worst affected are the 44 situated in the most polluted stretch downstream of Meerut city and several industries.

“Thirty years ago we used to drink this (Kali’s) water. There were guava orchards on both banks of the river but all those trees disappeared as they could not survive the increasing levels of pollution,” recalls a resident of Kohl village, 10 km downstream of Meerut and one of the infamous 44 villages. The river is now deemed a health hazard. Two years back, Atul Tyagi, also from Kohl, discovered that all six people from his village who volunteered to donate blood to his aunt, admitted in a hospital in Meerut, had Hepatitis B virus. Cases of infertility, too, began to be frequently detected among  people and farm animals in all the habitations between Dorala and Ajrara, the first and last village at high risk, as identified by Neer Foundation, a Meerut based non-profit.

Last year, the Union environment ministry directed the Central Pollution Control Board (CPCB) to monitor quality of the river water and major wastewater outfalls. The study conducted in October last year recorded the biological oxygen demand of the river (an indicator of pollution) near Kohl village above 100mg/l, more than 30 times the standard deemed suitable for bathing (3 mg/l). There was neither any oxygen nor fish in the stretch, all indicative of untreated wastewater outfall. 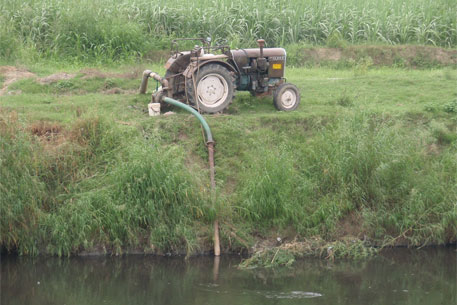 Perennial river of effluents
The Kali Nadi, 550 km in length, originates in Anantwada (district Muzaffarpur) and merges with the Ganga near Kannauj. Though it is a seasonal river that comes alive after the monsoon, the Kali has turned into a perennial river for the past two decades, thanks to the industrial and urban effluent that is discharged into it each day.

Three major cities—Meerut, Hapur and Bulandshahr—and several industries drain their untreated sewage and effluent into the Kali. There are 31 industries within Meerut district, including sugar mills, paper mills, textile and distilleries, along with villages and slaughter houses that discharge their effluent into the river. Meerut city contributes more than 60 per cent of the pollution load in the stretch studied by CPCB.

The study recorded three drains—Abu Nallah-1, Abu Nallah-2 and the slaughter house drain—which are carrying 378 (million litres a day) mld of industrial and domestic wastewater of Meerut city. According to CPCB estimates, 26 mld is industrial effluents, the rest being sewage. The city has 11 functioning sewage treatment plants, most of which have been built over the past two years, with a total installed capacity of 91 mld. The sewage generated by the city is approximately 350 mld. The city municipal corporation has a pending proposal under the Jawaharlal Nehru Urban Renewal Mission to enhance the treatment infrastructure by 145 mld. Even after this expansion of capital works, untreated sewage will find its way to the river. “That is true,” admits an official.

Water drawn from shallow aquifers, turns yellow within 15 minutes at most village hand pump sites between Dorala and Ajrara. Groundwater is the only source of potable water, but only 12 villages have storage tanks which source water from deep aquifers which are safer. This source remains inadequate. Poor maintenance and poor electricity availability compounds the problem. Often villagers in these habitations, too, must depend on hand pumps. “You think we like drinking yellow water? We have to drink it; from where else can we get clean water?” asks Om Prakash, pradhan (head) of village Jalalpur, situated 100 metres from the Kali. 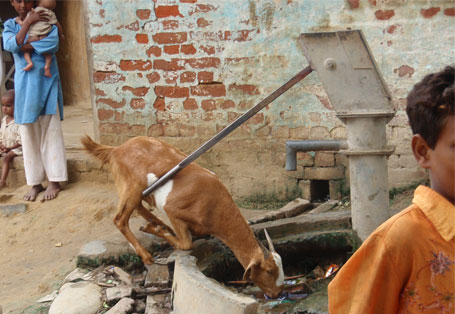 According to the water quality tests conducted in 2011 by Neer Foundation, persistent organic pollutants (non degradable compounds) were found in two samples near Saini village, downstream of a sugar mill called Nanglamal. Most of the villages draw water from the river to irrigate their fields. Despite knowing that the water is contaminated, the farmers still use it to irrigate their fields. “Initially, the crops grew very quickly, and the farmers thought that the water contained fertilisers. So they kept using it. They were not aware of the ill effects of these heavy metals and chemicals. The crops wilt if used more than twice,” explained Raman Tyagi, director of Neer Foundation. The farmers say that using river water to irrigate their sugarcane crop often produces a saline crop. The mills refuse to buy it. Even if the mills agree, the farmers must sell it at a low price.

Condemned lives
The curse of Kali is not limited to the health and financial situation of the villagers. People are known to be discriminated in the past. Often it is the girl’s family that approaches the boy’s family for a marriage proposal, but in these villages it is often the opposite. Due to lack of clean drinking water, a boy’s family has to make the first approach; many people do not want their daughters to settle in these villages.

Meerut city’s slaughter house, approximately 500 metres from Jalalpur village disposes 1,000kl/day of its untreated waste directly into the river Kali. The butchering is done with an agreement between the Nagar Nigam (municipal body) Meerut and a private player. The private company proprietor, Haji Yaqoob Qureshi, is a local politician formerly belonging to BSP, twice member of the state legislative assembly. Previously, the slaughter house was within the city of Meerut and was a nuisance for the neighboring houses. After a long public protest, the Meerut Nagar Nigam transferred the slaughter house to another location which is now on the bank of the Kali river. Like any other industry or commercial unit, this slaughter house is meant to acquire a no objection certificate (NOC) from Meerut Pollution Control Board. The slaughter house does not have an NOC and is operating for the last six months. The three slaughter houses in Meerut, including Kali Nadi slaughter house, are only allowed to produce meat to satisfy the meat demand of Meerut city, says Tyagi. Violating this, almost 2,000 animals are slaughtered every day at Kali Nadi slaughter house and most of the meat is exported, mostly to Saudi Arabia. Meat, says Tyagi, comes under agricultural products and gets a 20 per cent subsidy from the Ministry of Commerce.

Village residents often find blood, guts and intestines floating in the river. Crows and cranes line the banks waiting for a catch. This is visible up to one kilometre stretch from the slaughter house. Street dogs are known to be ferocious; every now and then there are reported incidents of toddlers becoming victim of these dogs. The media, local and national, has often reported from the villages which are suffering. None of the relevant departments seem to take notice. “There is no coordination between departments,” says Tyagi.

We can only provide first aid treatment or medicines, or just make people aware. But we cannot prevent this from happening, says Amir Singh, chief medical officer in the district. The district agricultural officer says they promote use of organic fertilisers but realise that they cannot give any advisories since there is no other water source available to the farmers. The officer in the pollution control board admits that the slaughter house has not been given a NOC since the effluent treatment plant is still under construction. “We have reported to the higher authorities,” is all they are willing to say. The city authorities cite lack of funds as the reason why the pollution abatement infrastructure is missing.