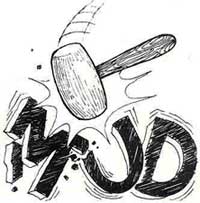 Mud housing enthusiasts received a blow recently when the Delhi High Court dismissed a writ petition by the Mud Village Society (MVS), staking claim to a 2.1 ha plot in East Delhi on which it intends to build a housing colony. The court held that as there was no letter of allotment in the society's favour, it had no legal claim to the land. Moreover, the petitioner had not constituted a cooperative society as required by the Delhi Development Authority (DDA).

In a letter dated May 4, 1988, DDA had expressed its willingness to give MVS land in Nand Nagri for the mud housing project, provided a society was formed for the purpose and people already registered with DDA were given preference in allotment.

MVS began a lengthy screening of applicants for environmental awareness because of which it had not yet made any payment for the land when, on October 15, 1992, the ministry of urban developmentferred it to the Municipal Corporation of Delhi for setting up staff quarters. WS then filed its writ peti .tion, claiming the transfer was unjustified.

An official of the Housing and Urban Development Corporation, which had earlier agreed to finance 60 per cent of the project's estimated cost, now says, "It is too early yet for such innovative ideas." And, spokespersons of the ministry of urban development say mud housing technology should first be tested in smaller projects.